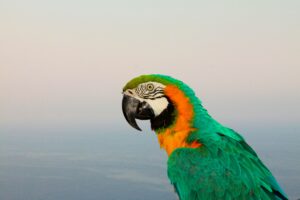 The United States’ secondary school education system is broken—and it has been broken since the first high school in America opened its doors in 1635. Well over three centuries later and almost nothing has changed. High school should be an institution that prepares young men and women with the critical thinking skills necessary to not only be highly successful in almost any career they choose, but also become competent voters with well-informed views regarding public policy issues. Unfortunately, with a handful of exceptions, this is rarely the case.

I believe high school level social studies, which includes history and civics as well as a spattering of various social sciences and humanities, is the ideal subject in which we can begin cultivating critical thinking skills. Unfortunately, in almost every high school in America, social studies consists almost exclusively of students merely memorizing information so they can later regurgitate it as accurately as possible. This is meant to prove their competence. However, recall alone is a severely limiting measure of intellectual ability. It is also dreadfully boring for both students and teachers to focus on memorization for memorization’s sake. Why social studies is conducted this way has always baffled me.

I suppose this is the result of various state and federal legislation like No Child Left Behind: legislation that forces schools and teachers to focus on preparing students for standardized tests at the expense of a more holistic education. Standardized test preparation leaves teachers with little time to help students develop what they truly need to succeed in the world: critical thinking skills. Regardless, since we have failed to cultivate critical thinking skills in our nation’s youth for so long, many citizens are left with the habit of merely listening to their favorite authority figure—whether it be their favorite politician or a charming political pundit on cable news—and then regurgitating what they have been told. This is what they did in school, listen and regurgitate, and thus it is what they do as adults. This habit of merely parroting a charismatic authority figure, instead of considering different view points and applying the principles of logic to approximate the truth, is making us dumber as a nation.

This world if full of contentious issues. Whether it is a matter of public policy, how one should raise their kids, how one should manage one’s finances or which college to attend you can find equally qualified experts expressing diametrically opposed viewpoints.

Social studies is very similar in that it is also filled with contentious issues for which there exists a myriad of opposing viewpoints in need of analysis and evaluation. Thus, social studies provides fertile ground for young men and women to learn and apply critical thinking skills. For example, instead of having students merely study an era of history, I plan to also task students with studying opposing viewpoints regarding a contentious issue unique to each unit. The contentious issue must be emotionally provocative and have modern implications in order to maximize student engagement. Regardless, after studying the opposing viewpoints on the issue, the students will be required to arrive at their own conclusion which they will need to defend in a debate with their fellow classmates. For example, when covering the Great Depression I might ask students, “Which, if any of FDR’s programs, helped to alleviate the Great Depression? Or did FDR’s programs prolong the Great Depression and make it more severe? Defend your argument thoroughly and cite evidence.”

In addition to the text, students would be assigned a few argumentative essays expressing opposing viewpoints regarding the central question. They would have to evaluate the strength of these argumentative essays before writing the rough draft of their conclusion paper. Keep in mind that their conclusion would be provisional—that is, subject to change based on further research and analysis. After writing their rough drafts, students would be tasked with engaging in debates with their fellow students. After the debates, students would then revise their position paper in accordance with what they learned during the exchange. Perhaps their point of view required more nuance. Perhaps they figured out how to strengthen their argument. More impressively, they might possess the intellectual humility and confidence to admit to themselves that they were completely wrong in their initial assessment. Regardless, they would proceed to finish their final draft after making any necessary post-debate adjustments. However, students would still be reminded that even these conclusions are still provisional. At no point should a true intellectual not be willing to admit that their research conclusion was erroneous if they come across a counterargument that provides more compelling evidence or shows an error in one’s own supposedly valid line of reasoning. As Socrates said, “I am wise because I know nothing.”

When I first started thinking about this issue, my sole desire was to help more people approach politics as an ongoing research project rather than a football game where they thoughtlessly root for “their team,” and engage in group-think with no concern for principles or independent thought. However, I think I may be on to something much more significant than just improving the political landscape. If we as a society can develop a highly effective means by which to cultivate critical thinking skills in our students, we may soon see future generations of Americans where it is commonplace for the average person to possess highly nuanced viewpoints regarding important issues in a wide variety of interesting subjects. I dream of a world where every American has the capacity to conduct extensive research into topics related to their career, their health and their wealth, as well as important societal issues and easily separate truth from misinformation. Whether it’s choosing the right college, the right doctor or the right investment, Americans deserve to have the critical thinking skills necessary to make the optimal decision. All educators need to do is provide students the opportunity to develop those skills.