Recently, a beloved high school teacher was suspended from Cherry Hill East after voicing his concerns for the lack of safety at the high school. Students at Cherry Hill East had a walk-out protest that hundreds of students participated in. They were protesting in support of their teacher, while also voicing their concerns for the lack of safety within the school.

A few days after the protest, the Cherry Hill Board of Education held the monthly public meeting. These meetings are always open to the public and rarely attract many people. However, dozens of people attended this meeting to make their opinions known. Among these people were students, who used their three-minute time slot to talk about why they think their school should be more secure. Seeing these students talk about issues that were going on in their school was so inspiring. It takes a lot of courage to stand up and talk in front of a crowd, let alone the Board of Education.

During the meeting there was a lot of strong opinions that were displayed and even some yelling. There was a lot of frustration that had been building up for quite some time, that finally exploded.

A lot of the students and parents talked about how the Board of Education was all talk and no results. However, in the days to follow they were proved wrong. Cherry Hill announced new safety protocol with anyone entering schools, and also announced that armed Cherry Hill police officers would be present in every school at all times.

It is amazing that all this was caused by a student protest. Seeing this happen is so inspiring and sends such a positive message that practicing your First Amendment rights can actually pay off. I am proud of the Cherry Hill Board of Education for listening to the students’ concerns and implementing a new safety plan. But I am even more proud of the students who made all of this possible. 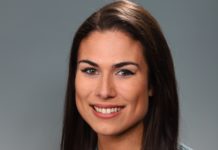 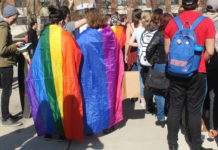 Rowan’s response to hatred: an exercise in facile nobility