Kids easter-egg hunting, families spending time together and giving gifts. These are some of the most common traditions during the Easter holiday.

By most people, the holiday is known as a celebration of Jesus’ life and his resurrection from the dead. According to The New Testament, it occurred on the third day of his burial after his crucifixion by the Romans. This occurred in 30 AD.

Not everybody understands the full history of it but most understand its significance. This year it happens to fall on April Fool’s Day, the first such time it’s happened in over 60 years. The last time was 1956.

Nowadays, it’s a day of innocence. Dying easter eggs, sitting on the Easter Bunny’s lap at the local mall and getting chocolates. For parents, it may seem obligatory to pour it on for their kids but it’s always been a day about love.

Roughly 80 percent of people in America celebrate Easter but not all consider it a religious holiday. Between 60 and 65 percent of Americans attend church services on Easter Sunday and Americans dye up to 180 million eggs each year.

For Italy, it’s the second most popular holiday behind Christmas. It falls on a different date each year due to the Vernal Equinox, which is when the sun and moon cross the equator. Fun fact, the name Easter is derived from Eostre, the goddess of Teutonic.

Italy holds the distinction of having the tallest Easter Egg chocolate, made in 2011 and standing 10.3 meters.

For kids, he’s actual, but the Easter Bunny is not only fictitious but has Pagan [non-Christian beliefs] roots, due to long-standing Pagan celebrations. Even though people mostly correlate Easter with chocolate, lamb is a big part of the holiday, due to Passover.

Passover, the Jewish spring festival that celebrates Hebrews being set free from Egyptian slavery, has a ritual of eating lamb. This tradition carries over to Easter, due to Jesus’ death sharing aspects of how sacrificial lambs from Passover were slaughtered.

A popular tradition that people forget about is the Easter Egg Roll at the White House, which began around 1867.

Republican politician William S. Holman disliked the idea. That year, he passed the “Turf Act,” making it illegal to use any portion of the Capitol grounds as a playground. Five-years later, President Rutherford B. Hayes approved of the Egg Roll occurring on the White House lawn. It’s been in effect to this day, with so many kids taking part in it. It’s not only creative but it captures the high spirits of the holiday.

According to the Guinness Book of World Records, the largest chocolate bunny ever made weighed over 9,000 pounds [9,359.7]. It stood 14.8 feet high and was produced by a Brazilian chocolate shop. It took eight days to finish. Try eating that much chocolate.

According to a April 2015 article by Huffington Post, the world’s most expensive Easter Bunny has 548,000 calories. It was produced by Harrods Chiffers, from an African chocolate store.

Speaking of the White House, former White House Press Secretary Sean Spicer was once the Easter Bunny, dressing up in 2007.

-The art of dying eggs is known as Pysanka, which originated in Ukraine.

-The Easter egg symbolizes joy, celebration and the prospects of a new life.

Here’s high hopes for a joyous holiday for everyone. 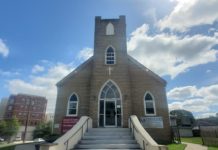