On March 22 at 6 p.m., members of the Glassboro community gathered in the Rowan University Art Gallery to participate in Creative Glassboro’s open meeting to discuss the emerging Glassboro Arts District. Creative Glassboro, now an official town committee, seeks to integrate arts and culture into the downtown area. This initiative will have an immediate impact on Rowan University students, as the area in question, a spacious grassy field right off of Rowan Boulevard, is adjacent to university housing and structures.

Among those attending the event was Sanford Tweedie, dean of the College of Communications and Creative Arts.

“I was at the last event in the ‘Boro,” Tweedie said. “I think it’s a good opportunity for people from multiple areas including the university and the community to make a contribution to [Glassboro].”

After a briefing on the goals of Creative Glassboro, attendees broke into groups to conceptualize their ideal usage of the park area. Using pre-drawn maps of the area and printed images of potential uses of the space, some groups suggested fountains, while others suggested that a stage be installed for public performances. One imagined a bike-share program using the park as its headquarters. Most believed that more seating should be added.

Heather Simmons, a Gloucester County freeholder, has a direct stake in the matter. Simmons is a resident of an apartment in Park Place South, directly overlooking the park, and is committed to the future of the space to function as an artistic hub of family-friendly activity.

“This is an environment I wanted to live in,” Simmons said. “I wanted to be in the middle of the university community and the ‘Boro community, and get that vibe. I think it’s really just at the very beginning. The construction that’s been completed there is really just phase one, so this exercise is an opportunity for the people who live here and work here to say that these are the types of amenities that will make this place come to life.”

She also believes that the park should not install a permanent JumboTron above what is currently utility space, which is one suggestion put forth.

Whether the park space is ultimately to be used for aesthetic, entertainment, leisure or active purposes, it is clear that it will become a focus of community engagement and interaction as the group’s most recent meeting has already brought people together to further this aim. 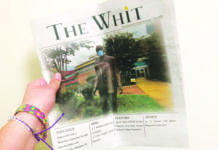 The Whit Will Offer Internship Credit to Editors 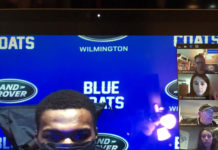 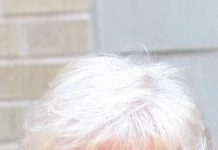