Last week, a gunman walked into a high school in Florida and tragically killed 17 individuals. Students now, more than ever, are thinking about what steps they need to take in order to stay safe in those types of situations. Rowan University has protocols that address exactly that.

“[The Protocols] are basically education and situation awareness, our FAST Unit conducts probably 30 active shooter trainings on five or six different dates. They teach tools and fundamentals that will give you a leg up,” said Rowan University Police Department Lieutenant Frank Davey.

Lt. Davey, along with the FAST (Firearms and Active Shooter Training) Unit and other officers, plan education sessions for professional staff to keep them informed about new procedures and protocols. The most well-known protocol is referred to as, “Run. Hide. Fight.” Along with teaching standard procedures of what to do in such an emergency, they also teach a basic history of active shooters and their standard profiles.

“Run. Hide. Fight.” has been the main protocol for active shooter situations in recent years, according to the United States Department of Homeland Security and the FBI. Each word has its own set of steps to follow in order to protect students in dangerous situations.

“I want to take my body and get as far away from that situation as possible,” Davey said while explaining the Run scenario. “The key for us is awareness…be aware of your surroundings…How often do you walk into a classroom and think to yourself ‘If something were to happen what would I need to do?’”

Active shooters, or those who intend to harm individuals, usually give up on a locked or barricaded door after a few seconds.

“If you’re on the second or third floor where you can’t egress or if you’re in an area where you have no egress options, first thing you are going to want to do is shut the door, lock the door, or if you are unable to lock the door you barricade,” Davey said.

Davey admitted that the fight open is not something everyone is willing to do.

“If you decide to fight you have to commit to fighting. You have to find it within yourself to find weapons of opportunity…anything that you have to get an advantage over that shooter.” Davey said.

Davey implemented a drill last year for the Wellness Center Staff in order for them to better understand the feelings and emotions that occur in a real-life situation. The drill was a full on active shooter scenario. Davey took the role of the shooter with blank simulation weapons while they put the Wellness Center on lockdown. He walked around the center looking for stragglers or students not following protocol.

The staff had previous sessions in which officers like Davey taught them what was expected of them in those types of situations. This drill was also the first to use the 911 text messaging system. It took many hours and many officers to make a drill like this possible. Davey was pleasantly surprised with how well the drill went.

“The best part is that it was such a good positive outcome from the teaching that we did,” he said.

The officers also spent 15-minute sessions with the Recreation Center staff to simulate other such scenarios.

“It’s awesome seeing them get up and take the chairs throwing them up against the door and they all go into an area and hide in a closet, and grab their weapons of opportunity,” Davey said.

In addition to active shooter scenarios, students should generally always consider their safety in scenarios such as walking around at night or in unfamiliar areas. He says students should always be aware of their surroundings and know how to protect themselves.

“One thing we recommend is going out and getting a small can of [pepper spray]. As long as it is within state law which is less than three-quarters of an ounce, you can keep it with you. It gives you a little bit of self-empowerment and it gives you that advantage you need to survive.” Davey said.

Davey and the FAST unit schedule training sessions for staff upon request. Recently, Davey has received an overwhelming number of requests from college deans as well as professors. There are only three people on campus who are certified to teach active shooter training, so receiving a scheduled session is not easy.

“We want to make sure the information we are disseminating is accurate and correct. There’s no way we can do everyone on campus.” Davey said.

The officers continually put together smaller sessions to teach people in professional positions on campus. They hope that they spread their knowledge to other students. Rowan’s Police Department is currently updating emergency preparedness plans along with the Office of Emergency Management. They are also creating a brochure for active shooter protocols.  Another session is in the works to take place during the second week in March in the Student Center. 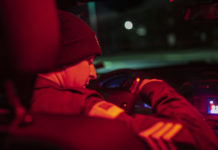 A night with Rowan PD 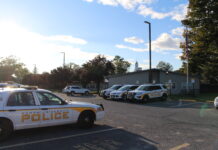 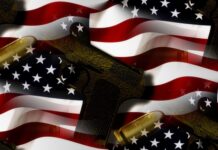