Rowan University’s Department of Theatre & Dance and Director Elina Manni, assisted by Elisabeth Hostetter, presented “Under the Hood” this past weekend in Tohill Theater. The classic tale of Little Red Riding Hood was reinterpreted by the students for this performance.

Set designer Dirk Durossette created a whimsical storybook world with twisted archways made from books. Under the mystical moon and trees made from pages of a storybook, there was a sense this was going to be no ordinary fairytale. As audience members took their seats, they were presented with a gift from Little Red Riding Hood: delightful storybook paper roses.

The movement director Paule Turner provided the audience with an exciting array of dance, incorporating crawling or leaping wolves, along with ensemble pieces that worked well with the music and storyline.

The character of the Grandmother alternated between sweet and adoring and an abusive alcoholic. The Huntsman was portrayed as a woman coming to Little Red’s rescue, and at another point was someone who was ready to shoot anyone (such as mistaking Red as the Wolf).

The Wolf was played by men and women. Sometimes the Wolf was portrayed as blood-thirsty and violent; other times kind hearted while picking flowers with Little Red. Also, at one point the Wolf became a victim who needed Red’s help to be freed after being caught in a trap by humans.

Lighting designers Shawn Collins and Kyle Santopadre illuminated the theater with a varied palette of colorful hues of white, red, blue, black and blacklight. When there was murder or violence, the moon and grandmother’s bed curtains turned a vivid crimson. There was a backdrop of twinkling stars that heightened the feeling of being out in the woods at night.

Costume designer Natalia de la Torre used simple yet effective red and other colored hoods, as well as a wolf masked headdress with teeth. At one point the cast came into the aisles wearing cloth masks with teeth and gloves with claws that glowed from the blacklight. When the Wolf was wearing a well-tailored silver suit, he came across as charming with a dangerous edge.

Sound designer David Cimetta captured the evolution of the story through the use of various musical genres. A few that stood out were “Cell Block Tango” from the musical “Chicago,” “Confident” by Demi Lovato, “Flawless” by Beyoncé, “Sweet Transvestite” from “The Rocky Horror Picture Show,” “We Don’t Need No Education” by Pink Floyd, “My Way” by Frank Sinatra, “A Thousand Miles” by Vanessa Carlton and “Come Little Children” by Erutan. The use of multiple genres connected the past to the present and worked effectively with different versions of the Red Riding Hood fairytale.

Manni and the cast members captured various themes, such as gender roles, gun control, equality, school violence, sexual assault, family dysfunction and murder. Most importantly, “Under the Hood” effectively shattered stereotypes. Many questions were raised upon conclusion: Are men always violent, or can they be gentle? Are women always submissive, or can they be aggressive? Are men always promiscuous, or can they be chaste?

The overall theme of the tale was Little Red’s fear of the woods and how she deals with this uneasiness. Ultimately, we all need a healthy awareness of what dangers may lurk in the world, but not to be fearful to the point of debilitation. In the end, the cast came together in an emotional plea, whispering “In avoiding the bad, you can also avoid the good. Where is the soul? Go out into the woods. If you never go, nothing will ever happen, and your life will never begin. Go out into the woods.” 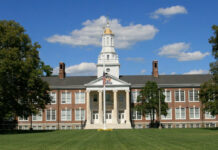 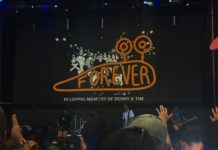 Winter concerts under $30 will get rid of end-semester blues 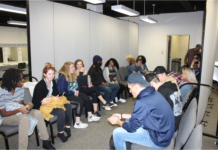