There is almost no doubt about the American imagination that President Trump is dividing people. Some think it’s on the basis of gender, some believe on the basis of sex, others believe he simply thrives on chaos. Any of these criticisms are highly plausible, but they are not exhaustive. Donald Trump is not the alpha and omega of division in this country. He is not the first, nor will he be the last, to use what power he has to divide people. He isn’t even the only one doing it right now.

Any political junky will have been aware of the hotly contested gubernatorial race in Virginia that recently concluded. Republican Ed Gillespie’s bid for governor unexpectedly went up in smoke at the eleventh hour against the sitting Democratic Lieutenant Governor Ralph Northam. During the general election campaign, the Latino Victory Fund ran an advertisement on behalf of, but not strictly endorsed by, Ralph Northam. The ad depicted a pickup truck flying the Confederate battle flag, sporting an Ed Gillespie campaign bumper sticker, trying to run down children of color. Running for their lives, the children kept finding themselves in the cross-hairs of the truck. Was this advertisement attempting to unite Virginians or divide them? The answer seems clear. Of course this ad was an utter disgrace, but it shows a willingness to pit neighbor against neighbor just as President Trump’s critics claim he does.

Moreover, ads like these are far more malicious than if it were simply attempting to increase voter turn out. The point here seems to be to utterly dehumanize the opposition. If two people, Republican and Democrat, are neighbors, the divisive powers in our country would rather them see each other as a kind of insurrection placed in the community to do harm. There can be no nuance. If someone supports leaving up the Confederate monuments, as Gillespie did, they simply must, of metaphysical necessity, harbor ill will towards minorities. In the age of instant gratification and 30-second news cycle, it almost seems understandable that nuance has been thrown out. When the news comes so hard and so fast, it’s easy to say, simply, “My hat is white; your hat is black. Let’s move on.” Then simply rinse and repeat when the next media event takes hold. Though understandable, the attitude is deleterious to the very foundations of our democracy. If we can no longer even look each other in the eye, divisions will only exacerbate.

The Latino Victory Fund ad is not alone in running explicitly divisive ads. One might recall a campaign ad, released by “Agenda Project,” that featured a Paul Ryan look-alike literally shoving an elderly woman off of a cliff because of his stance on entitlement reform in 2011. In case the reader is tempted to think this is a new phenomena, it must be noted that President Johnson ran the infamous “Daisy Girl” commercial, which purported to show that candidate Barry Goldwater would send the United States down the road to nuclear annihilation. How can you attempt to persuade your neighbor if, in your eyes, he is an insurgent simply based on his political affiliation? The truth is, most people want the best for their community and differ on how to attain the same goals as their political opponents. Paul Ryan does not want to push the elderly into the grave anymore than Bernie Sanders does. They both want affordable, sustainable health care for the people of this country. They differ on how to reach that goal. Appealing to malice or obsequiousness to one’s donors in a political contretemps is not only objectively wrong, it’s childish.  The world is not full of white hats and black hats; it’s much more complicated than that.

Political ads are notorious for their polemic nature, but there is surely a line. Any person of good will should be able to see that these advertisements, especially the most recent, are not attempting to persuade. They monger in fear and contempt, the very things President Trump’s critics say he mongers in. Both can be true at the same time. The so-called resistance would do well to not slip into the exact same mindset they accuse the president of having. 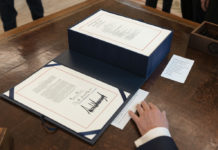 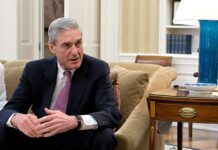 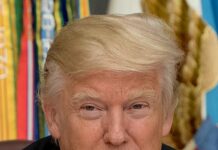 Yobb: Does anyone really care about Stormy Daniels?