According to Dave Nammo over at National Review, a poll reveals that a whopping roughly 40% of Americans favor socialism over capitalism.

Four out of ten people, favoring the ideology which is the budding of its big brother, Communism.

America’s founding principles are everything but socialism. Our ancestors broke away from a system that infringed on their human rights. While the hard left claims to value human rights more so than conservatives, they seem to ignore the fact that socialism is the baton to the leg we call human rights. The Declaration of Human Rights is a document which encapsules the rights we are guaranteed as humans, evidently. The document states, “… disregard and contempt for human rights have resulted in barbarous acts which have outraged the conscience of mankind…” The Declaration consists of a list of rights, some and most of which are infringed upon when socialism is established.

“Article I: All human beings are born free and equal in dignity and rights.”

This being the first right listed, it is imperative to note that socialism is an immediate infringement, and grants the government god-like powers over everybody else’s lives. You are not born free under socialism, you are born another cost to the government. You are an extra thousand or so dollars in healthcare the government has to spend. The government dehumanizes you, hence the reason we see socialism sprout into communism which is responsible for millions of lives. “The founder of fascism, Benito Mussolini, started out as a Communist and a leader of the Italian Socialist Party,” as stated by Robert Tracinski at The Federalist. Americans, such as American folk song artist Woody Guthrie, had absolutely no problem sympathizing with communism. Guthrie was even proclaimed by one of his friends as an actual communist. The fact that Americans have no problem with sympathizing the roots of communism is treacherous to the upholding of American ideals.

“Article II: Everyone is entitled to all the rights and freedoms set forth in this Declaration, without distinction of any kind, such as… property…”

Socialism is the complete takeover of private property. No matter how hard you work, everything you gain goes immediately to Big Brother. While capitalism is a merit-based system, socialism is a system of “You’re-alive-here-you-go.” This denies liberty, which is the next right listed. When putting two and two together, it is clearly visible that socialism denies liberty to the working class based on individual property gain. By taking over these properties, they take over capital, a palpable explication of pure theft.

“Article III: Everyone has the right to life, liberty and security of person.”

Venezuela, a socialist nation, is on the brink of collapse. Yes, it is indeed true that Venezuelans enjoyed a thriving economy at one time, however, according to Mises Institute economists Rafael Acevedo and Luis Cirocco, this came with the cost of civil and political rights, freedom of the press and universal suffrage. Presently, their economy is shredded, and not in the gym rat way; this is thanks to government intervention and the radical socialist ideas of Hugo Chávez and present-dictator Nicolás Maduro. Citizens of socialism are denied their humanity and are subjected to take place in the definition of government property, denying them control over their lives, their liberties and their security of person.

“Article IV: No one shall be held in slavery or servitude; slavery and the slave trade shall be prohibited in all their forms.”

As demonstrated, socialism seems to have a rather invasive approach to human rights. I find it not only frightening, but sorrowing that Americans would like to take the rights granted to them by the American system and throw them away.

Agree or disagree, Americans have every right to think the way they do and say the things they say, however, we who have faith in the American system share those rights and can exercise them in ways that justify the system beyond the whip of socialist-sympathizers. 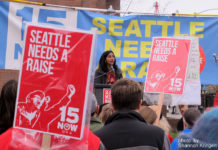 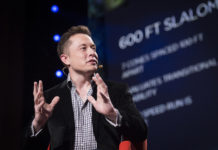 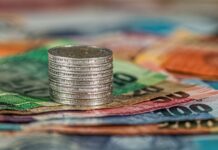 Letter to the Editor: Community thoughts regarding socialism in America