On Friday, Nov. 10, members of the Rowan University, Rowan College at Gloucester County (RCGC) and neighboring communities came together to listen to speeches from Dr. Ali Houshmand and RCGC President Frederick Keating, as well as other members of the Give Something Back program also reffered to as Give Back, which awarded $1.5 million to both colleges.

According to a press release regarding the event, Give Back is a nonprofit organization founded by Robert Carr. Give Back “supports college-bound students from low income families by providing scholarships and mentoring programs, helping them graduate in four years with little or no debt.”

Since 2003, Give Back has awarded over $35 million in scholarships to more than 1,500 students across seven states. Now, Carr is adding Rowan and RCGC to the Give Back community. RCGC is the first two-year college to join the program.

“Not everyone in this room has been dealt the same cards…” Congressman Donald Norcross said. “But that doesn’t mean that where you start is where you end up. Where you’re going in life depends so much on the person and the cards they were dealt, but most importantly the education.”

Norcross went on to explain that while not everyone has the same opportunities in life, but for some, college and a higher education isn’t always accessible. In his opinion, a student shouldn’t have to graduate with over $250,000 of debt just to receive a college education.

President of Rowan University, Dr. Ali Houshmand, went on to explain many points similar to those of Norcross, saying the Give Back program is so important to him because it levels the playing field for students.

“Education is very important, especially today because today is a knowledge economy,” Houshmand said. “Without knowledge, you don’t have [a] chance to succeed.”

President of RCGC, Frederick Keating, explained how this program is bringing light to those in the shadows and how awarding students the gift of higher education is a “tremendous, tremendous gift.”

Melissa Helmbrecht, executive director of Give Back, shared how Carr first got involved with wanting to provide scholarships to students. When he was a senior in high school, he received a scholarship from the Lockport Women’s Club. Upon receiving the scholarship, Carr promised to someday do the same. Now, after becoming one of the most successful men in America, he is following through on his vow.

Houshmand explained that Carr picked Rowan and RCGC to partner with because while looking for a school in New Jersey, he found it interesting how the two schools were doing something unconventional — a four-year university and a two-year college were partnered together. Houshmand also explained Carr found the schools appealing because he shares many of the same values the schools do, including access and affordability.

Freshman business administration major at both Rowan University and RCGC, Elijah Justin Kelsey, is part of the Give Back program.

“If it wasn’t for Give Back, I would probably be at home struggling, trying to go to ACCC and trying to go to Stockton or eventually Rowan, and continuing to work until l had enough money to pay for it, let alone have my grades high enough so I could actually go,” Kelsey said.

Kelsey explained how Give Back gave him an opportunity to go to college, something he didn’t think was possible until being introduced to the program.

After the speeches concluded, a brief reception was held for photos and talking to members of the Give Back program, as well as the other speakers. Following, the event moved to the RCGC library to reveal the new name, “Give Back Scholars Library,” honoring Carr’s donations and the students he helps.

According to the press release about the event, “students supported by Give Back participate in the Rowan First Star Academy. The Rowan First Start Academy is implemented by the South Jersey Star Collaborative, a partnership of First Star, Rowan University and CASA (Court Appointed Special Advocates for Children), and United Advocacy Group, serving supporting youth from Gloucester, Cumberland and Salem counties and funded by the Pascale Sykes Foundation. The Rowan First Star Academy focuses on creating lifetime networks of support for the participating youth and their families (natural or foster).”

“[Rowan University and RCGC] are universities that really know how to take care of these kids who have special issues due to their upbringing,” Carr said. “We hope to see the government change the way it funds programs to help more kids in more effective ways.” 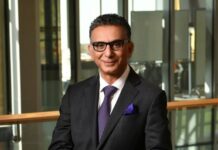 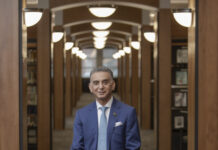