Before I get into anything, this article isn’t for people to feel sorry for me. It’s more of a coping mechanism to finally come out with my story and deal with what happened on an early August morning last year.

There’s really nothing like a summer at the Jersey Shore. Living in Toms River and working in Seaside Heights with all of my friends is all I could possibly ask for. Working open to close, nine-hour shifts as lifeguards at Breakwater Beach Water Park almost every day of the summer really was perfect. But, as the season got into its last stand, we all decided to take a break.

A couple of friends and myself decided to leave a night early, so the three of us took that two-hour car ride back home from the Pennsylvania camp site at 10 p.m. After dropping the two of them off at around 12:30 a.m. and visiting a friend for a couple of minutes, the final ride to my house began at 1:20 a.m. The text was sent to my father saying I was 10 minutes out. The call screaming for help was delivered right when the clock struck 1:32 a.m, 12 minutes later.

Something I find ironic about the night is my friend Devin had gotten into a minor accident himself a week prior and had told me that most accidents occur within 25 miles to home. I never really thought I’d be someone able to prove that statistic true. Mine was a bit closer than 25 miles. It was 300 feet.

It’s not fun re-imagining the whole scenario. Seeing the headlights come towards me as I wake up from a five second nap at the wheel. Hearing the scream that came from my mouth on impact and the curses that came from the man I hit head-on. Smelling the fumes from the hood of my car that eventually engulfed its figure. It felt like an explosion of some sort from the busted engine was on deck. Feeling completely numb, I thought I might be truly dead myself. Life actually flashed before my eyes as I sat in my car wondering what had just happened. Every person that had meant something in my life from family, to friends, to girlfriends (even exs) combined into a slideshow in my head about 20 seconds long.

Nothing hurt. Both cars were totaled, yet here I am with no feeling whatsoever, completely shell-shocked not knowing where to go and what to do. Until that adrenaline depleted.

“Dad, I’m around the corner… it’s bad. I think I killed someone.”

Those were the words that sent my father around the corner in a split second, running on a road covered in shattered glass completely barefoot. He knew something wasn’t right when I called.

Everything after that happened so fast. I remember all the cars just passing along the road as if nothing major had happened.

I thought, “Was I really there” “Am I really dead?” I couldn’t be sure. The lights of police cars and ambulance trucks took over the street, and so did their questions. “What can you remember?” “Where are you hurting?” “What’s your name?” All I could do was battle their questions with more of my own. The inner hypochondriac came out and all that came from my mouth was the question of jail time and the other guy. The work put in at college would all go to waste as I’d waste away in jail for this accident even after knowing that the other man in the car I’d hit was okay. Like I said, hypochondriac.

A trip in the ambulance brought me to the emergency room with my right wrist broken in half, burns along my face from the airbag and bruises across the chest from the seat belt. I also learned that if the impact was three inches more in any direction, I would’ve died. I guess that’s what happens when you go head-on at 50 mph.

None of this pain was felt once my mother came into that room.

For this, you’d have to know that my parents are separated, never married and although they did and do have a good relationship with each other, seeing them both in the same room at the same time was a scene that hadn’t been witnessed in what seemed like an eternity. Everything and anything that came from that accident, all the senses that flared, took the backseat. Time stood still, bringing something so pure I don’t think it could ever be recreated.

As I got released from the hospital, I headed to the room across the hall where the man I hit was staying. His words will never be forgotten.

“Things happen for a reason,” he said. “Did I see any of this happening tonight? No. But, am I happy that I’m the thing you hit instead of a pole or something else and this is all that happened? Absolutely. Don’t beat yourself up, kid. God bless you.”

Months and eventually over a year had passed since the accident and the thoughts and senses all still come alive everyday. It’s something to embrace. These feelings are some of the hardest to overcome and I’ve come to realize that maybe I won’t ever conquer them and forget something like this. It’s still tough to call my father when I go out somewhere with my car because I know that his first reaction will be that something went wrong no matter how long it’s been since the accident. Maybe it’s not something that’s to be forgotten. My accident has completely changed my perspective on everyday life.

Aug. 2, 2016 taught me to appreciate what you have in front of you at all times, because you never really know what can happen at any given second of the day. No matter what obstacles are presented to you, do everything in your power to overcome them. Nothing is supposed to be easy. Hold your loved ones every single chance you get, no matter what’s been going on good or bad. Then, hold them a bit longer. 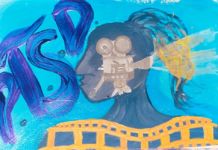 Michaels: Living With PTSD, is it a Blessing or a Curse? 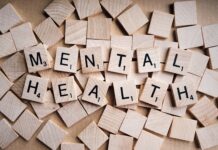 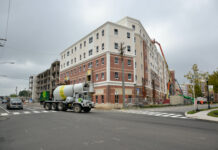