Rowan’s Access and Inclusion Week started with a ProfTalk about finding strength in disabilities.

First up to speak on Monday night was junior physics major Austin O’Neill, who talked about how he found the positives in living with Asperger Syndrome.

“Despite being classified under the American Disabilities Act, there are a lot of things that my disability has enabled me to do,” O’Neill said. “First off, I’m an incredibly passionate individual. I put my heart into things that interest me the most. During high school this came in the form of Boy Scouts and robotics.

“I found it effortless to give 110 percent and this made it incredibly easy to work for hours on end without taking a break. This passionate ability to hyperfocus towards my task resulted in many successes during high school, such as earning the prestigious rank of Eagle Scout, an award which only five percent of Boy Scouts earn, and helping my robotics team qualify for a national competition in St. Louis not just one year, but two years.”

Next up to speak was Katie Myers, a special education major who struggles with dyslexia. Myers turned her disability into a passion for learning and helping those with disabilities to learn.

“I truly believe that everything does happen for a reason,” Myers said. “If it were not for my academic struggles as a kid, I would have never found my passion for special education. I consider it my biggest blessing that I am so passionate about something I am able to make a career out of.”

Kari Elizabeth Brown, a psychology major, has epilepsy and hemiplegic cerebral palsy that affects the movements of the right side of her body.

“Having cerebral palsy has made me want to help people,” Brown said. “Don’t let anything stop you. I just want everyone to know that just because you have a disability does not mean that you won’t achieve anything… Disability or not, everyone should be treated equally.”

The fourth speaker of the evening was Rowan’s Assistant Director of Greek Affairs, Gary Baker. While Baker does not personally struggle with a disability, he talked about how he has been deeply inspired by those who do.

While working at Central Michigan University, Baker volunteered for the Special Olympics Michigan at his university to give him an excuse to spend time outside the office.

“I was super nervous about working with Special Olympics because I didn’t have any experience with people with intellectual disabilities,” Baker said. “After volunteering for those few days, I vowed that I would be involved in this organization for the rest of my life. The individuals that I met that were participating gave me such a rush by working with them.”

Baker has taken away three major lessons from unified sports such as the Special Olympics: there are friendly faces everywhere, when you embrace your differences you also find out a lot about your similarities and respect each other.

Last but not least of the evening was Ryan “Gooch” Nelson. Gooch was just 18 years old when he was in a car accident, suffering a spinal cord injury that left him a C7 quadriplegic. Having a passion for music and guitar prior to his accident, he struggled to find a way to continue to play with his hands paralyzed.

“It took me about two years after the accident to really feel comfortable again in my own skin, and I’m slowly building myself back up,” Gooch said. “Be kind to everyone because everyone is fighting a hard battle. My mom always tells me that I should be grateful that my disability is on the outside, because so many people have a disability on the inside and may not be as kind.” 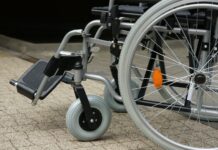 Wolfram: Disabilities and the stigmas that surround them 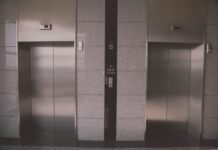 Wolfram: The battle with elevators on campus 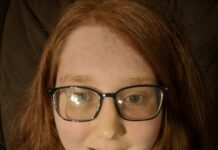