National Fire Prevention Week began this past Sunday with its new theme “Every Second Counts: Plan 2 Ways Out!” In conjunction, Rowan University and the Glassboro Fire Department have advice for students on ways to prevent and respond to a fire.

The National Fire Protection Association (NFPA) has been the official sponsor since the initiative began in 1922, which is on record as the longest running public health observance, according to their website. In total, the organization has nine decades of fire prevention under its belt.

Glassboro Fire Captain Mark H. McEvoy deals with a majority of fire prevention tips for the town, and when it comes to doing so he has a few key pieces of advice.

“Some key tips to prevent fires in dormitories would be to not use extension cords. Instead, use surge protected power strips. Do not use candles or incense and cook very carefully,” McEvoy said in an email interview.

According to McEvoy, there’s usually a short list of things that he says will set off the fire alarms on campus.

“[Some] common causes we find when responding to fire alarms on campus, is smoke from cooking, vaping, steam from a shower or using aerosol products too close to smoke detectors,” McEvoy said in the email.

McEvoy also advised students to treat every fire alarm as a real fire.

A total of 1,113 fire alarms were activated throughout the campus last year, according to information from Rowan in an email sent to students this semester. Some students were reluctant to evacuate due to the amount of false alarms, causing the university to take stricter actions by issuing a fine for students found in the building.

Mimosa was only one of a few significant fires in recent months. As school came to a close last semester, a fire broke out at a university fraternity house that was suspected to be arson. In September, another house fire displaced a family in a Glassboro neighborhood. Both caused no physical damage to anybody involved.

The university’s position on National Fire Prevention Week very closely echoes the Glassboro Fire Department’s. Gloria Linn is the senior safety inspector of facilities trades operations at Rowan University. And when it comes to preventing fires on campus, she said it boils down to one simple thing.

“Be aware of your surroundings and the things going on around you,” Linn said.

According to Linn, fire extinguisher training equipment is also offered to any student who is interested. 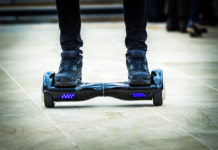 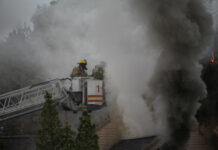 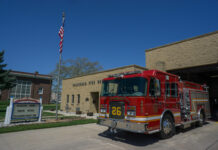