With the frequency of natural disasters occurring around the the country, the clean up and reconstruction of affected areas has become a secondary priority for the America’s political leaders.

In the case of the aftermath of Hurricane Maria’s impact on the United States territory of Puerto Rico, many families are still stranded and destitute after the storm tore through the island last month.

While the physical damage of the storm is contained to the island itself, the significance of the devastation is felt by people across the world, even by Rowan students.

For freshman Brianna Rivera, an exploratory studies major, the U.S. territory’s current state has particularly affected her since most of her extended family was on the island when the storm made landfall. She only recently was able to get into contact with them.

“Two of my family members are now homeless,” Rivera said. “And my hometown [Aibonito] is now, apparently, not doing so well.”

Rivera explained how her family in the U.S. was unable to reach her family in Puerto Rico for four days — it wasn’t until her grandma and family could get the police to bring them to another town over 40 minutes away to call and tell her and her family that they are safe.

Two members of Rivera’s family are now homeless, and when she heard about how badly her hometown and the rest of Puerto Rico was affected, she wanted to help in whatever way she could.

Holtz has been selling t-shirts with his face as a meme on them and donating the profits to organizations of his choice. After hearing about Rivera’s family and the rest of Puerto Rico, he decided that was where he needed to donate his money.

“Tyler came to me and he knew what I was doing…and he knew I donated the money and he asked if I could donate money to the cause,” Holtz said. “I have something that can help them.”

Working with Kubicz and Rivera, Holtz has been creating orders for his shirts and selling them to raise money for the cause.

Holtz wanted to get involved because he knew he was in a position to help those who are in need and wanted to give back.

Through an email correspondence, Kubicz explained how he found an organization, the Puerto Rican Family Institute because they have been packing water, food and supplies to be sent over as soon as runways at the airports are cleaned.

“Our goal is simply to raise awareness and to build a following of people that want to make a change,” Kubicz said in his email.

He says the goal is to get the whole school involved and they have been doing so by talking to different clubs and organizations across campus and asking for people to buy shirts.

“Rowan has a the power to do a lot of good in a small amount of time,” Kubicz said.

The t-shirts are being sold for $14, with the exception of 2XL shirts which are $16, and all of the proceeds will be donated to the Puerto Rican Family Institute to help those who were impacted by the hurricanes. 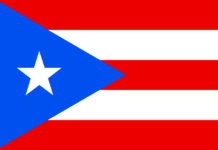 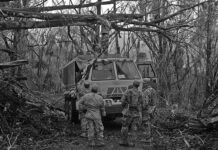 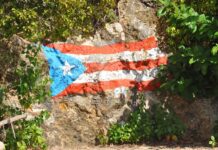