Abuse between two partners is something that can happen to anyone, anywhere, at any time. In some cases the abuse can be obvious and physical, in others it may not be so apparent. New Jersey resident Francine Wallace knows just how complex an abusive person can be. Nearly three years ago she almost lost her life during a house fire started by her boyfriend, which killed him and burned 85 percent of her body.

On Monday, Oct. 2, Wallace spoke about her experience in Rowan University’s Business Hall as the keynote speaker for the Silent Witness Memorial Exhibit, a program in the Women’s Center in the Office of Social Justice, Inclusion, and Conflict Resolution.

She has previously spoken about domestic violence at prisons, luncheons and churches across the tri-state area. But it was at Rowan where she told the audience that she has in fact forgiven the man who nearly ended her life.

“I forgave him, a lot of people don’t understand that,” Wallace said. It is this reason why she had to let go, for “he would have won” if she did not.

The fire, Wallace said, steered her away from “living a normal life” and instead led her to become an advocate for domestic abuse awareness, earning her The Soul Survivor Award and The Gladiator Award (from the Wilmington Fire Department).

During her keynote speech, Wallace explained that abuse starts with how a partner speaks to the other person in the relationship. Once someone knows that they cannot control their partner verbally, than it can escalate to physical abuse.

“After they feel that they can’t really control you anymore with that [physical and verbal abuse], then that can be a chance when someone can try to take your life,” Wallace said.

It was not easy for her to get where she is now.

After the fire burned most of her body, she stayed in a comma for four and a half months, with a series of infections and skin grafts. When she finally woke up, she had to learn how to walk and talk again.

The exhibit is part of the Silent Witness National Initiative, which honors and remembers the women, men and children murdered in acts of intimate partner homicide.

The event also featured 12 stories of victims who died, two men and 10 women, from domestic homicide from South Jersey. These were either submitted by their family members or a researcher familiar with the case. Most witnesses were anonymous.

It is across the street from the exhibit, in parking lot E between Bozorth and Bunce Hall, where Rowan University was also a witness to a horrific act of intimate partner homicide. Nearly 20 years ago, a student was fatally shot by her estranged boyfriend, who then killed himself.

“A lot of the students just don’t say anything,” Hason said. “But we as supervisors or professors really need to be more aware of what’s going on.”

At the end of the night, Wallace informed the audience that the sad truth is abuse can happen to anyone. 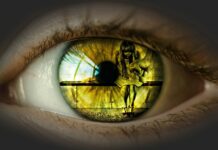