As the Rowan Board of Trustees meeting was about to adjourn on Wednesday afternoon, university President Ali Houshmand dropped a bombshell announcement in the Eynon Ballroom of the Chamberlain Student Center.

Houshmand announced that Linda Rohrer, the outgoing chair of the board, had pledged to donate $5 million to the Rohrer College of Business, bringing the total amount of contributions from the Rohrer foundation on Rowan’s campus to over $19 million. The plan is to put the money towards a program for honors business students, a demographic the college hopes to court in the future.

For Dr. Sue Lehrman, dean of the Rohrer College of Business, this endowment will be something to celebrate.

“I’m so excited,” Lehrman said. “This is amazing news for the Rohrer College of Business and it continues the philanthropic generosity of the William Rohrer foundation, and our contact Linda Rohrer, who is the outgoing board chair.”

Lehrman was already looking ahead to the good that the endowment will create.

“This is going to be a quantum leap in terms of the number of students we have and how we can serve them,” she said.

For Linda Rohrer, knowing that the foundation can do good for students in the Rohrer College of Business was a source of pride.

“We are so proud,” Rohrer said. “We have an initial investment that we made of $10 million. This is another $5 million, but it’s really for the school of business, and it’s for the students, and it’s to improve the quality of the students. What we really want to do is really take the Rohrer College of Business and put it on the map.”

When asked what will result from the endowment, she said that in tandem with Rowan’s increased national ranking, the endowment will do good for students.

“For the college, especially even now that we’re national, I’d think that would certainly be a catalyst for additional contributions,” Rohrer said.

Other business discussed at the meeting included a no compete bid – meaning no other company can provide services for specific projects – with DC Global Consulting for a student recruitment contract worth up to $1 million, which can be renewed in 2019 and 2020 fiscal years. DC Global is in charge of recruiting graduate students, people looking for certificate programs and other non-traditional students.

There was also another no compete bid for a $600,000 contract awarded to Lipman Hearne. The company is a consultant on advertising presented by the university in a variety of facets. They also help to facilitate discounted ad buys in publications and other mediums.

Finally, the university’s Emergency Operations Plan (EOP) was approved. Already previously adopted, per state law, the plan must be updated every five years, and Rowan’s last approval was in 2012. To be re-adopted, the annual campus safety and security self-assessment survey must be completed. 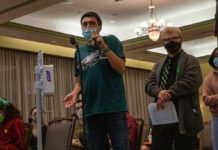 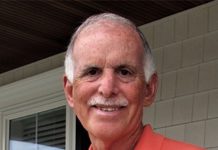 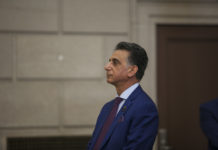 Rowan University Freezes Tuition at Board of Trustees Meeting