The Wellness Center is on a yearlong quest to gather 1,300 reasons to live by April 2017. The new initiative, 1300 Reasons Why Not, helps to continue the discussion about why not to consider suicide.

The initiative began this fall, asking students during its opening day on Sept. 6 to tell their reasons to live. Thus far, students, faculty and community members have given over 200 reasons.

The name of the initiative is based on of the popular Netflix television series 13 Reasons Why, which received controversy in recent months because of its graphic portrayal of a teenage girl’s suicide. Among the controversy, the National Association of School Psychologists (NASP) released a statement saying the show “romanticizes” suicide and that they do not recommend the show to the “vulnerable youth.”

“I think there are better ways to have brought (suicide) up,” Lindsay Mason said, the Wellness Center’s outreach coordinator and a creator of the initiative regarding 13 Reason’s Why.

Mason’s concern was that the show didn’t provide any resources for help and that mental health was not in the conversation.

“It’s important for people to be mindful of how suicide is talked about,” Mason said. She believes that students may not seek help because of the uncomfortable rhetoric associated with mental health.

Requests to speak to students, classes and faculty gave Mason the chance for and her associates with the initiative to provide resources and add to the growing wall of reasons.

HCI plans to gather all of the 1,300 responses to be shown during a campus suicide prevention walk on April 15. Rowan will host the Out of the Darkness Walk with the American Foundation for Suicide Prevention (AFSP) to bring awareness of the issues facing suicide.

A website connected with Rowan and AFSP to raise money for the walk will be online next week, according to Mason. Anyone who is interested in donating can do so through the website, but is not necessary in order to join the walk. 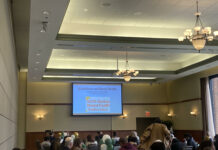 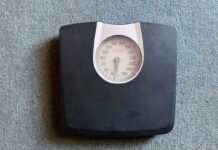 Letter to the Editor: Feeling Validated After an Invalidating Rowan Wellness Center Experience