With the new school year beginning, there are always students resolving to get fit. According to junior engineering major Jeffrey Lagerman, the road to a healthier body is literally shorter this semester than in years previous.

On the first floor of the new 230 Victoria building at the corner of Rowan Blvd. and Mick Dr. Lagerman makes use of the new, state of the art Fitness Center Rowan University and Nexus Properties built. It’s right down the road from his apartment at 220 On Rowan Boulevard. He, like many other students, are pleased by the convenience of a new gym so close to the Rowan Boulevard apartments and 220.

“It’s a lot closer to my apartment,” Lagerman said. “I think that it will draw a lot more people to come [to the gym] and at least try it out, then hopefully keep coming back.”

Construction of the center along with the rest of the 230 Victoria began on Feb. 2016 and was completed in early Aug. 2017.

Nexus Properties agreed that they were willing to provide $100/square feet and Rowan would be responsible for the remaining construction costs.  The total construction budget was approximately $2.8 million with Rowan contributing approximately $1.1 million.  The fitness equipment and furniture expenses totaled approximately $850,000 and the IT fit out costs were approximately $251,000, according to Kevin George, director of campus recreation.

Non-student residents can also gain access to the gym by paying a membership fee.

While the new fitness center doesn’t offer a swimming pool, running track, basketball courts or ping pong tables, it does have new cardio equipment with television and applications allowing users to watch Netflix, Hulu or listen to Pandora while they exercise. It also offers users the opportunity to create profiles to track their workout progress.

In addition to traditional machines and free weights, the center also offers group classes using a new body weight training system called Queenax. The classes will take up to 12 individuals through a functional training class.  The month of September will be free starting on Sept. 11. Classes are Mondays & Thursdays 5:30 – 6:15pm and Tuesdays & Fridays 12:15 p.m. – 1 p.m.  After that time period classes will be $3/student or eight sessions for $20.

Additionally, the facility offers a 3D Scanning software (Fit3D), which provides body composition and measurements, body fat analysis and other features, which can be accessed online. The scans are free for the month of September and will be $10 per scan starting in October.

The need for a new fitness center stems from an increase in the student population, George said.

“The Recreation Center is approaching 25 years and since then the enrollment of the university has doubled,” he said. “We heard some students were paying for additional gym memberships due to the lack of space or available equipment at the Student Recreation Center, so having the additional satellite fitness center helps to meet the needs of the students enrolled.

The mission of campus recreation is to promote a welcoming and inclusive environment that provides students access to facilities, programs and services for their time at Rowan, but also foster a lifelong appreciation for recreational activities.” 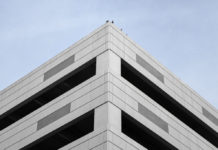 VanDewater: The Many Problems with the RoBo Parking Garage 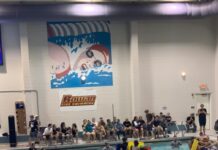 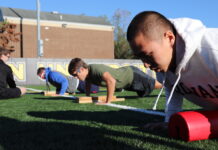