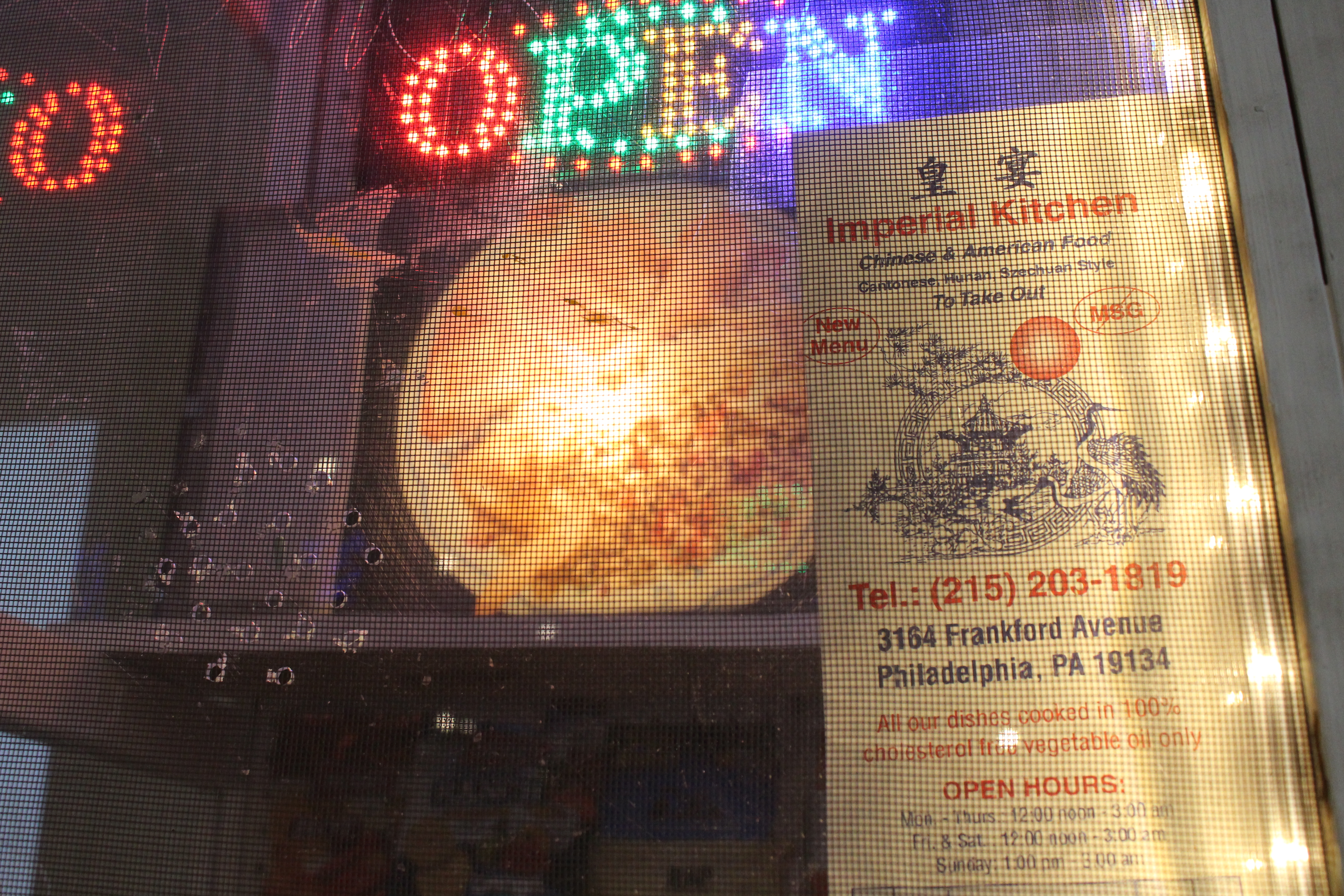 The Rowan University Art Gallery’s latest exhibit is for anyone who eats, especially anyone who wonders where their food comes from.

“How Food Moves: Edible Logistics” is the current exhibit at the 301 High St. Art Gallery. Most of the art on display is local to South Jersey and Philadelphia, while a few pieces focus on the food supply chain in general.

The gallery walls reads, “Food moves through complex patterns of circulation in between the point of origin, ‘the farm,’ and its point of consumption, ‘the plate.’ Sometimes you have to let your curiosity about all those fields, shipping containers, warehouses, barges, cans in the grocery store aisle and the people that work in/with them take hold.”

A free, graphical 33-page booklet that accompanies the exhibit can be picked up at the front desk. This pamphlet is worth picking up, especially for the study it contains on how Hammonton blueberries end up in pies at ShopRite in Glassboro.

The gallery floor holds an ostensibly-unrelated assortment of objects: two old-fashioned barrels, oranges on a table, two booths plastered with candy wrappers and lights that blink like pinball machines, and a massive glass tank attached to a Lenovo computer. A healthy collection of art mediums, the gallery includes photography, collage, film, computer programming and carpentry. Each installment represents a link in the food supply chain.

Two black and white maps of Camden hang on a wall. Up close, the maps are actually collages of photos of cafeteria food. This installation was created by students from Freedom Prep Charter School, showing how Camden’s “food desert” label affects children.

Food deserts are often within large cities where access to fresh food is minimal. “Corner Store: Takeout Stories” addresses that issue as well.

Two booths on dolly wheels, each as tall as but less wide than a bedroom door, stand adjacent. One looks like a conglomeration of all the signage in a pizza shop, and the other resembles a condensed Chinese restaurant. Created by Amber Art & Design of Philadelphia, these are part of a continuing project on the tales of corner stores in the city.

Nearby, a TV plays a looped video that explains how corner stores are necessary to urban neighborhoods because they give residents access to nourishment. The six-minute video depicts the artists rolling their “markets” down the street, talking to locals about the bodegas in their own neighborhoods.

The gallery’s far corner is dedicated to the story of Philly Stake, a now-defunct “recurring dinner” wherein diners would pay for local food prepared by local chefs, and the money raised would fund micro grants for community programs that the diners voted on. An explanatory slideshow loops on the wall behind a dinner table. On the table is a binder full of information about grants earned.

“Suzanne” consists of a glass table covered in oranges, and a glass globe nearby on a pedestal. Kristen Neville Taylor was inspired by the Leonard Cohen song “Suzanne,” especially the lyric “she feeds you tea and oranges that come all the way from China.” Curved lines etched onto the clear globe represent the routes oranges travel from farms to their destinations. Each orange has a sticker with a QR code on it that takes viewers to Taylor’s website about the orange economy. The plaque encourages people to take an orange, which makes the installment feel accessible. You can take part of the art home with you. And eat it.

Other installments focus on how big money manipulates the food we eat. In “Reversal of Fortune: The Garden of Virtual Kinship,” Stephanie Rothenberg uses a dot matrix of plants and a computerized overhead watering system to show how little money from crowdfunding sites actually goes to communities in developing countries.

What works most for “How Food Moves” is its focus on local food problems, especially food deserts, notably in Camden and Philadelphia. It breaks down the food supply chain and provokes thought on food sourcing and sustainability.

It would be inspiring, however, to see more representation of food insecurity in rural areas of South Jersey. Atlantic, Cape May and Cumberland counties, the southernmost counties of New Jersey, have some of the highest poverty levels in the state, according to a Press of Atlantic City report.

Artists should also react to food insecurity on college campuses. With the opening of a food bank at Rowan, the question of student poverty is beginning to get answers.

“How Food Moves” packs a lot of education about where our meals come from into the tiny 301 High Street gallery. Visitors can expect to spend an hour if they want to see the majority of the exhibit. One installation is a two-hour-long movie about a rural Illinois town called “Between the Bottomlands & the World.”