While the end of the spring semester may be just around the corner, the Rowan Student University Programmers (SUP) are hard at work at bringing the second annual Hollybash to life.

Hollybash started in 2016 as an end-of-year festival giving students a chance to unwind before diving into the last stretch of the school year.

SUP Director of Live Events Devon Dyer noted that planning for the festival is always ongoing.

“We reserve the date way in advance; in fact, Hollybash is already reserved for next year,” Dyer said.

While the booking of vendors reserving the space for Hollybash is straightforward, the club faces various challenges in organizing the event. Dyer said that the two biggest items to check off are the rides and the featured performing artist, whom they began looking for in September.

“Booking an artist is difficult in the sense that there’s a lot of things that go into it,” Dyer said. “There is their availability, their price, if they do college venues or not, the relevance of the artist too … It’s a lot of back and forth and bargaining on a price. The closer you get to the actual event the harder it is to find an artist.”

The artist brought in for this year’s festival is 2017 Grammy Song of the Year nominee Mike Posner, whose hit song “I Took a Pill in Ibiza” hit the airwaves in 2015.

“One of the ways we got Mike Posner is he’s doing a concert in Philly right around the same time,” Dyer said. Posner has a show lined up at the Theatre of the Living Arts in Philadelphia on April 25, three days before Hollybash.

Dyer and Carly Samuels, graduate coordinator of marketing and special events, offered some insight on the booking process for artists, since there isn’t much known about it among students.

“I know right now the music scene is a lot of rap and hip-hop but unfortunately because it’s an outdoor venue there’s a lot of explicit content we can’t be blasting into the community,” Dyer said, comparing Hollybash to Rowan’s old spring concert event, Profstock, which was housed in the Esbjornson Gym.

“We used to send out polls, the first year we asked students what genre they’d want to hear,” Samuels added. “You can’t make everyone happy, and that wasn’t well received. We also did a version of that with specific artists and again we have the same sort of frustration from students.”

Samuels made note of the backlash surrounding the past few year’s choices, and that she wanted to work with Dyer and the rest of SUP to make this year’s Hollybash all the more memorable.

“Last year when we knew that we were redoing Hollybash we did a focus group,” Samuels said. “It was really intentional in that group to get those student leaders and get them on board that it’s not just a concert anymore because concerts just aren’t working on a lot of college campuses now.”

“This will be the biggest show I have ever done,” Moorer said. “I remember last year looking at the stage and thinking ‘God, wouldn’t it be amazing to perform on such a large stage in front of such a large amount of college students? That would be a dream come true.’ And here I am a year later about to do just that.”

Moorer, who was a fan of Posner prior to the announcement, said he and his bandmates are thankful for the opportunity.

“My band and I competed against a lot of talented bands the night of Battle of the Bands and we became ecstatic when it was announced that we had won,” he said. “The thought that we are about to open for a 2017 Grammy-nominated artist is something that I just can’t get over. It’s crazy!”

Hollybash comes to the Hollybush Green on April 28 starting at 1 p.m. and is free to Rowan students with valid ID. 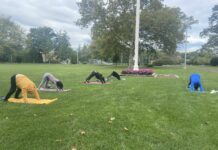 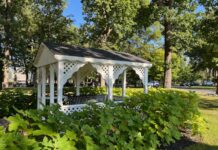