The recently announced dean of the College of Communication and Creative Arts, Dr. Sanford Tweedie, has some new ideas for how he would like to see the college change in the not too distant future.

Tweedie officially moved into the position of the full-time dean of the college after serving as an interim dean since the summer of 2016, after the former dean Dr. Lorin Arnold accepted a position of provost at the State University of New York in New Paltz, according to an email sent to Rowan faculty by Provost James Newell.

Tweedie originally did not plan to become the full-time dean of the college, but eventually took the position after realizing it would be a good fit for him.

“I’ve discovered so much about the college and what’s going on,” Tweedie said. “I’m more excited than I’ve ever been to deliver that message to people.”

As the new dean, Tweedie said he envisions some changes for the college.

One such change is the Communication and Creative Arts department are moving to floors two through six of the A3A building at Victoria St. and Mick Dr. Floors two and three are said to be classrooms, while floors four and five are said to be Writing Arts offices. Floor six is reserved for Communications Studies offices. Tweedie also said classrooms for Communication Studies will all be held in the A3A building and classes for both will be in 301 High, but may also branch into A3A, as needed.

Radio, Television, and Film will stay in Bozorth Hall for now, though RCGC will be moving in to the classrooms vacated by Communication Studies department and classrooms and offices vacated by Writing Arts.

Tweedie said he is especially looking forward to Rowan’s expansion into Glassboro.

Tweedie also mentioned he is hoping to reorganize the college’s curriculum by working across the disciplines with other departments and possibly including a sports communication major.

“I think this will be a draw for students coming into the university,” Tweedie said. “We are set up to do this major. We have alumni who have lots of very successful careers in the sports-related industries. We have lots of instructors who are already working or are interested in sports related subjects.”

Tweedie said if the major were to be implemented, it would feature concentrations with sports journalism, sports media and sports public relations, “so that students don’t get trapped into one [career path].”

Tweedie also added that he hopes to connect students in the college to new experiential learning opportunities like internships and other work opportunities.

“When I first came in my sort of motto was create, communicate, connect. I think we do a very good job in this college of creating and communicating and what my emphasis as dean is going to be is connecting,” he continued. “We have a television network, we have a radio station, we have a newspaper, we have a literary journal, we have several clubs that are doing things,” he said. “I think we can do more.” 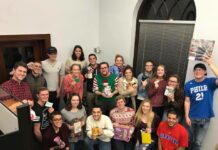 To The Whit and everyone in the CCCA: Thank you 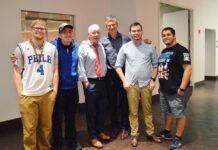