This past Tuesday night, Boyd Recital Hall hosted the Small Jazz Ensembles and was filled with sound as multiple student groups performed a wide range of jazz pieces.

These small ensembles are composed of students of the jazz program as part of their major requirements. Zack Birnbaum, a sophomore double major in jazz guitar and music composition, noted why he, among others, joined the jazz ensemble.

“It might be a requirement but we don’t join because we have to, we do it because we love it.”

Each ensemble was directed by one of three directors: Douglas Mapp, Denis DiBlasio or Dan Monaghan.

Although they were directed by professors, the students were given complete creative freedom to experiment.

The event happens twice every semester, giving unique opportunities for the performers involved.

Birnbaum described it as “an opportunity for us as jazz musicians to develop our connection with the audience and ability to improvise.”

“It’s not classical music where you play what’s on the paper,” Birnbaum said, defining jazz as a whole. “You deliberately don’t play what is on the paper. You add a little part of you to it.”

A jazz song has an overall structure and melody, but it is up to the musician to do whatever he pleases with the implementation of improv.

“Yeah, we play old music, but we improvise each one so technically we’re playing brand new music,” Birnbaum said.

The third ensemble to perform featured the popular song “Autumn Leaves” by Joseph Kosma, Jacques Prevert and Johnny Mercer –  a song that has been remade several times since its conception in 1945.

Each song performed had a solo for each of the band members to show the crowd what they’ve got. 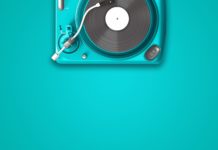 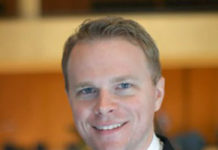 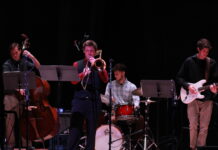