A victim of relationship violence is often blind to the abuse that they’re experiencing. They don’t know it’s actually happening to them until it’s too late.

On Monday night, Leadership Rowan and Mu Sigma Upsilon co-hosted That’s Not Love, a dating violence workshop, to spread awareness about the escalation of domestic abuse.

“That’s Not Love” is a slogan that was created by the organization One Love Foundation. One Love was founded in 2010 to honor the memory of Yeardly Love, who was beaten to death by her ex-boyfriend. Her parents had no idea that domestic violence was something their daughter was going through.

The workshop started with a 90-minute film called “Escalation” which illuminates how an unhealthy relationship begins, and how tragically it can end.

After the film, the intimately-sized group discussed domestic violence they witnessed and how to change the culture of such violence. The first topic was warning signs. Ten signs of an unhealthy relationship are intensity, jealousy, control, isolation, sabotage, criticism, blame, anger, alcohol and group conquest.

“People tend to fall in the trap of thinking they can fix somebody,” said Gary Baker, assistant director of Leadership Rowan. “It should be a partnership, working together on those things. For the most part, people don’t change.”

57 percent OF COLLEGE STUDENTS REPORT IT IS DIFFICULT TO IDENTIFY DATING VIOLENCE.

One of the hardest things about domestic violence is noticing emotional and mental abuse. According to Breakthecycle.org, 57 percent of college students report it is difficult to identify dating violence. However, as the workshop reiterated, just because a victim is not wearing any bruises does not mean abuse is not happening.

In the film, the abuser constantly asked his girlfriend where she was, showed up outside of her classes, and even asked her to send pictures of where she was. He made comments about what she ate and about the clothing she wore not being acceptable, and manipulated her by looking through her phone and guilting her when she didn’t want him to. This was all emotional abuse, which does not discriminate against gender.

The workshop discussed why victims don’t always ask for help themselves. Sometimes it’s because they don’t want to be looked down on, or they may be fearful to tell their friends in case they get back together with their abuser. Outsiders can look for signs of jumpiness and paranoia if they have suspicions about abuse.

“INSTEAD OF TELLING YOUR FRIEND, ‘YOU’RE BETTER THAN HIM,’ GO THE STEP FURTHER AND SAY, ‘LOOK AT ALL THESE GREAT THINGS YOU HAVE IN YOUR LIFE AND ALL THESE PEOPLE WHO CARE ABOUT YOU.’” – KAITLEE FRANCISCO

“We should all remember and teach our friends to self-love,” said sophomore elementary education and math dual major Kaitlee Francisco. “Instead of telling your friend, ‘You’re better than him,’ go the step further and say, ‘Look at all these great things you have in your life and all these people who care about you.’”

The workshop taught that when alcohol is involved, a victim often uses it as reason to justify their partner’s behavior. It also explained why sometimes people don’t speak up for abused loved ones: they may fear rejection or as if it’s not their place to intrude. In reality, it is their place when they know someone is in danger.

On Rowan’s campus, Green Dot is an approach to violence prevention with bystander intervention. According to the university’s counseling page, Green Dot “targets all community members as potential bystanders, and seeks to engage them through awareness, education, and skills-practice in proactive behaviors that establish intolerance of violence as the norm and encourages intervention in high-risk situations.”

“We want to reduce the red dots on campus and where those things are happening by making green dots and saying something when we see something fishy, so that we’re making sure our campus is a safer space for everybody,” said Nyesha White, a senior biochemistry major who attended Green Dot training.

If you or someone you know might be in an abusive relationship, call the National Domestic Violence Hotline at 1-800-799-7233 (SAFE). 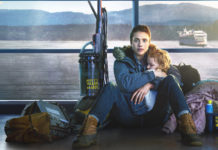 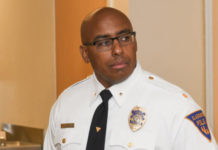