The Rowan Jazz Band teamed up with the Rowan Concert Choir to revive the work of legendary musician and jazz composer Duke Ellington in celebration of Black History Month. The concert wrapped up the 47th Annual Rowan Jazz Festival.

Held in Pfleeger Concert Hall on Friday night, “A Tribute to Duke Ellington” was directed by Denis DiBlasio along with Christopher B. Thomas and featured a special guest musician, Professor George Rabbai.

“[Duke Ellington] is great, he wrote a lot of great music,” DiBlasio said. “Music was different after him. There are only about five guys who totally changed music and he’s one of them.”

Of the 12 songs played in the concert, Ellington himself composed 11, but he influenced each in some way, according to DiBlasio.

The first half of the show included “In a Mellow Tone,” “Sophisticated Lady” and “Atchafalaya,” the last of which was an alternate version of the song that Ellington had arranged during his career.

“You don’t recreate jazz, you add your own thing to it,” DiBlasio said. “It’s not like classical music where you try to do the same thing over and over. Every time you try to do it, you try to make it different.

“That’s the whole quality of jazz. The last thing you want to do is do it the same way.”

Nearly every song featured a solo, and all were received with applause from the audience.

After a brief intermission, the Rowan Concert Choir joined the jazz band on stage for the second half of the show. Several songs during the set were narrated by senior music industry major Rachel Goldstein, such as “Will You Be There?”

During one of the final songs, David Danced, the Rowan Tap Ensemble, led by Corinne Karon, performed. Karon mentioned how she and the rest of the dancers were privileged to represent Ellington’s work as well as the work of Bonnie McLeod, Ellington’s original tap dancer.

“We are honored to be representing him,” she said. “He was a very humble man.”

Each member of the tap ensemble performed during the song, at some points even dancing with no accompaniment from the rest of the performers on stage.

The concert then set its audience free with the final song of the evening, “It’s Freedom.”

Junior music education major Irvel Jean said that he was amazed by the fact that he was able to perform in a concert honoring Ellington.

“I think it’s amazing,” Jean said. “Just the fact that we’re able to show our appreciation for everything [Ellington has] brought forth to music, and that we were able to collaborate with all the amazing artists here at Rowan. So it was awesome to just show that we can all come together to work on one project.”

Several audience members said that they greatly enjoyed the show.

“It was incredible,” said Rev. Kythrane Morgan of First Presbyterian Church of Glassboro. “I want to hear it all again. I want the encores. It exceeded all expectations.” 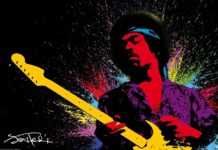 12 Most Influential Black Musicians of All Time