This week, the Rowan Center for Holocaust and Genocide Studies book club met to discuss a person’s ability to forgive, specifically, forgiving a dying Nazi solider seeking clemency for his actions. Such a scenario was promoted by Simon Wiesenthal, who faced this predicament and raised the question in his book “The Sunflower.”

The title of this week’s series, “The Sunflower: On the Possibilities and Limits of Forgiveness,” highlighted the group’s attempts to reach conclusions on the nature and implications of all forms of forgiveness.

Included in the book were various responses to Wiesenthal’s question, showcasing perspectives from Christians, Jews, former Nazis, victims and many others.

The first question posed exemplified the philosophical nature of the meetings: if someone you have wronged dies or you never see them again, is your misdeed an unforgivable sin? This set the tone for the rest of the discussion, which delved into the debatable existence of unforgivable sin and whether or not we have the right to forgive an act.

Jenny Rich, co-coordinator for the Center of Holocaust and Genocide Studies, provided the example of murder, which would be an unforgivable sin in the case of the victim and their potential future offspring.

“In Judaism, there’s this idea that if you take a life, you’re taking hundreds of lives,” she said. “To save a life, you save many, since people have the option to have families.”

Christopher Gwin, adjunct instructor in the college of education, felt that forgiveness is beneficial to the one who is choosing to forgive.

“If you can forgive someone, it takes the pain away from the forgiver, who doesn’t have to carry the burden around any longer,” he explained.

The meeting concluded with members offering their own answer to whether or not they could forgive if they had been in Wiesenthal’s position.

“I think I would be able to forgive on behalf of myself, but not on behalf of others. I don’t feel like I have the power to do so,” she said.

Jody Manning, a professor in the history department, was not keen on the hypothetical nature of Wiesenthal’s question.

“I am allergic to the question,” he said. “And I don’t feel that I can put myself in that position to answer it.”

Similarly to the book itself, the group members did not reach a definitive position on the act of forgiveness. Rather, the topic was approached from many different angles for a well-rounded discussion.

The Rowan Center for Holocaust and Genocide Studies recently received a petition to charter from the SGA. The group will be holding future events on campus to promote knowledge and awareness of Holocaust and genocide atrocities, including an upcoming talk from Holocaust scholar Michael Berenbaum titled ‘The Uses and Abuses of Holocaust Memory’, slated for Nov. 16 in the Rowan Hall auditorium. 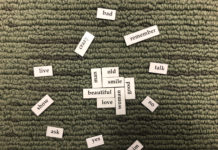 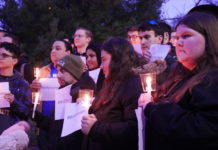 Rowan remembers those lost in the Holocaust 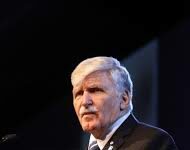