The healing process has begun at Rowan after an extremely tumultuous election cycle.

In an effort to make sense of Election Day 2016, the Rowan Political Science and Economics Department held a panel discussion today moderated by Dr. Danielle Gougon, with Dr. Anna Pluta and Dr. Lois Vietri and journalist Jim Walsh of the Courier-Post.

“The Morning After: Election Night” served as a space for students to come and air their grievances. While the nation attempts to come to grips with its decision, the panel of two professors and a journalist began the post-election dialogue.

Globalization, lack of unbiased media and the need for change were all potential explanations for Trump’s rise and eventual clinching of the presidency, according to the panelists.

“There is nothing in Clinton’s campaign that spoke to change, which created a space for Donald Trump to make the ‘change’ argument.” – lois vietri

“Trump really shaped the political narrative of this election,” Vietri said. “He shaped a negative narrative of Hillary Clinton and every piece of news over the last six weeks played into that.

“It’s a ‘change’ election,” she continued. “There is nothing in Clinton’s campaign that spoke to change, which created a space for Donald Trump to make the ‘change’ argument.”

In paralleling the election with the “chaotic” 1960s, Vietri stated that voters wanted a transformational leadership.

“I think we’re seeing, in a much different way, a type of yearning for transformational leadership,” she said. “Hillary Clinton did not provide the narrative for that type of leadership in America. Donald Trump did.”

The sentiment that Clinton did not represent change traces back to the beginning of the election season. Trump supporters who didn’t particularly agree with his rhetoric still felt Clinton’s presidency wouldn’t be enough to enact change in the current political climate. For some, it was about picking the “lesser of two evils,” and for them, Trump was the lesser. He was not part of the establishment, therefore he was a more viable candidate for changing it.

Vietri used Arthur Miller’s play The Crucible as suggested reading material for those trying to understand why certain people voted for Trump. She explains that dissecting the ethnocentrism in American political culture and the scapegoating of women in Miller’s fictionalized 1600s can be threaded to the success of Trump, who has spoken negatively on the issue of immigrants and women, and women’s reproductive rights.

As a journalist, Walsh blamed the media for inadequate reporting and for contributing to a false political narrative.

“Something big was happening across the country and it wasn’t being reported on accurately, and I think that you can look at polls in the media and see that they didn’t present what was going actually to happen on Election Day,” Walsh said.

“I was at the Democratic headquarters last night at about eight o’clock, which is very early in the night,” he continued. “The mood was highly nervous because people were just looking and saying, ‘the polls are off, everything is off and we don’t know what’s going to happen,’ and they just knew it was bad. All the numbers were just skewed and politicians don’t like it when that happens.”

Walsh also believed Clinton was not up to the task. While Clinton’s email scandal and Trump’s “Access Hollywood” scandal were seemingly comparable, Clinton did not react the same way Trump did when it came to her own transgressions.

“All the things that came out reinforced the narrative of chicanery,” Walsh said. “It’s more subtle than Donald Trump groping women, but it was in its own way pernicious in reinforcing this point of view that there was an equivalence between these two people.”

Pluta believed the election result was a reaction to globalization. She felt that a post-Brexit world helped to create a path to a Trump presidency.

“We as a country need to come to grips with how we move forward and how we help those who have been economically disjointed,” – Dr. pluta

“We as a country need to come to grips with how we move forward and how we help those who have been economically disjointed and put out of place, and try to reshape the economy so everyone is included.”

Pluta also raised an open-ended question: “How will Trump marry big business and a white working class?” She said that the two do not align. Trump’s primary voter base was white, working-class voters. Will they be so receptive to big-business policies touted by businessman Trump?

It is a “wait and see” game for all. The panel acted as a way to simply try and explain the Trump phenomenon.

Gougon expressed hope that all of this isn’t turning the younger voters away.

“I think it’s really important to start the healing process and to help students start processing it,” Gougon said. “In an era where we’re just sitting alone in our room, watching political pundits, not talking, you need to have these conversations in the community, and university is for that.

“I hope that you all are mobilized,” she continued. “It is a roll back for us, and a setback for people who believe in those issues, and I get teary eyed just thinking about it. I hope this doesn’t turn [young voters] off. I hope this lights a fire and I hope that is a good thing that will come of this.” 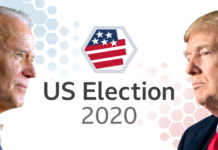 Editorial: We Need to Coexist After the Election Results are Finalized 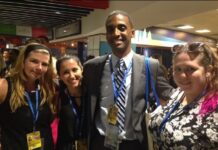 Yobb: Go out and vote, please