Adichie was originally supposed to discuss the novel herself, but was unable to attend. The novel is an intricate love story that spans over three continents, while coping with race, migration, identity and other socially-relevant themes.

“Americanah” was selected for Rowan’s book club RU Reading Together. Before the discussion, a brief clip was shown of Adichie. In the clip she admitted that she and the novel’s protagonist, Ifemelu, share similar experiences, such as encountering race in America as an outsider.

In Adichie’s home country of Nigeria, her identity consisted of her ethnicity, Igbo, and her religion, Christianity. When she arrived in America, none of that mattered; her identity was her race: black.

A highlight of the event was when Nneka Obufor, a junior biology major, gave her account as a Nigerian American. Although she was born in the US, she returned to Nigeria at a young age and then relocated back to the states.

“As a teacher of African history, I just want people knowing that most of our assumptions of Africa are oversimplified or wrong,” – Dr. Duke Bryant

Obufor spoke on how she relates to the main character in the book. She attributes her strong connection to her roots that allow her to be grounded in her culture and identity, even when she is expected to assimilate.

“America is killing my culture, being here is suppressing it,” said Obufor. “America makes it hard to keep your culture, because they want you to be Americanized. You struggle trying to keep your own identity and adapting to American culture.”

Some audience members even stayed afterwards to continue a conversation with the panelists.

“As a teacher of African history, I just want people knowing that most of our assumptions of Africa are oversimplified or wrong,” Dr. Duke Bryant said.

Dr. Duke Bryant explained that Hollywood media and the textbook industry are greatly to blame for perpetuating these assumptions.

Assistant Professor Zena Meadowsong was also in attendance on Tuesday afternoon. She mentioned the lack of African literature taught at Rowan.

“Without being uncomfortable, there is no progress.” – lael gibson

“African lit doesn’t make a huge part in curriculum,” Meadowsong said. She hopes that events like this will encourage more academically-focused students to attend so they can learn more about diversity. “I loved it, there should be more.”

Former executive board member of the Black Cultural League and junior nutrition major Lael Gibson was also present for the discussion. Gibson frequents events like these often because of her passion to be in spaces where such controversial topics can foster a healthy conversation.

Gibson describes herself as very unapologetic for the questions she asks due to her thirst for knowledge.

“People are afraid to have these conversations, being honest helps with the discussion,” Gibson said. “Without being uncomfortable, there is no progress.” 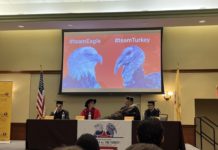 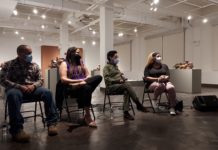