At its meeting on Oct. 4, the Glassboro planning board approved site plans for the final A4 phase of the Rowan Boulevard project. The go-ahead was given after two hours of testimony during which developers from Nexus Properties presented plans for three new buildings. The authorization is the second recent advance for Nexus. The company won approval to construct three other buildings and a garage along Rowan Boulevard this January, a project referred to as A3. Structures approved in the final phase of A4 will rise across the street from A3 on a tract of land roughly between the Barnes & Noble and the new Town Square Park, set to open on Oct. 25.

With little fanfare, the Nexus presentation quickly moved into a comprehensive defense of how the buildings are intended to function, including plans for traffic, solid waste management and emergency operations. In the traffic plan, civil engineer Andrew Hogg discussed the inclusion of a large parking lot in the courtyard between the buildings.

The company increased the number of spaces in the new A3 garage being built across from 301 High Street to accommodate the final higher density design of A4, according to Nexus Properties. In the end, the Rowan Boulevard development was decided to have two parking garages.

The six new A3 and A4 buildings and possibly a section of 220 On the Boulevard will use the new garage. Despite the assurance of more capacity in the new garage, planning board member Bob Stallings remained skeptical.

“I honestly think we’re building a parking problem,” he said. “With such a variety of uses, I think it would be prudent for you to build more parking spaces.”

“Retail is very near and dear to us,” he said. “And we are aware of what’s going on with the parking.”

Germano went on to say as owner of both buildings and garages, Nexus has no incentive to shortchange either end of the retail experience. In the immediate future, Nexus will be partnering with restaurants, such as Chickie’s and Pete’s, to offer free valet parking for customers accustomed to the suburban parking model. Germano said he is hopeful that the biggest parking issue will be resolved psychologically.

“When Rowan Boulevard is built out, I really believe we will have created a destination,” he said. “All of a sudden, people aren’t gonna be so concerned about parking.”

With that, the meeting discussed drop-offs and the role of the surface parking lot. Nexus intends to offer a combination of short-term retail parking and 15-minute loading and unloading spots near dorm entrances. Planning board member Bob Stallings expressed concern many students will disregard the time limit. Glassboro Fire Chief Steven Smith said anyone who disregards the law will be subjected immediate ticketing and towing.

Of all the buildings in the A4 project, the largest will be A4E. This structure will be six floors and contain only student housing. Like 220 On the Boulevard, the building will be reserved for juniors and seniors and there will be no Resident Assistants (RA). However, if there is a major shift in student housing demand, Nexus has a plan for bringing in RA’s and sophomores into the building.

One feature of the new buildings expected to be well received by students and retailers is a new type of fire alarm programming. According to Smith, the alarms in many Rowan buildings are programmed to evacuate the entire structure upon a single smoke detector activation. In housing such as the Rowan Boulevard apartments, which houses 880 students in kitchen-equipped units, this has led to near daily alarm activations and subsequent issues with evacuation non-compliance.

In the new buildings, the alarm system will contain features to cut down on false alarms including alarms that sound by floor and wing only. Also, activation of a single smoke detector will only trigger an advisory signal to be verified by maintenance and security. Only initiation of multiple detectors, reflective of a fire spreading, will trigger an automatic evacuation signal. The fire chief and Nexus expressed a high degree of support for this system.

The meeting wrapped up with a majority of the planning board members voting in favor of the project. 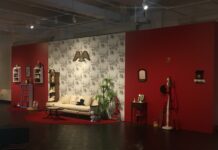