This is an installment of Matt Kass’ weekly political opinion column “Left, Right, and Center.”

If Donald Trump doesn’t kick his childish behavior to the curb, Hillary Clinton will be taking the oath of office on January 20, 2017. Not only that, but if he continues to insult minority voting blocs – like he has been -he risks alienating minority voters from not just this election, but from the GOP platform for the next two or three election cycles.

I can hear you at home saying, “Wow Matt, that’s a pretty bold set of claims. What do you have to back that up?”

The only bright spot for Trump is that he beats Clinton 50 to 41 percent in the white vote. But for everyone who hasn’t been paying attention to the voting demographics of the United States since approximately 2006 or so, the country’s voting bloc is no longer a majority white one. Meaning that it’s no longer a sure path to victory to just secure a majority of the white vote.

But demographics don’t shape out of thin air, Trump’s childish and immature behavior is pushing voters away from his campaign. While his red-meat platform, full of promises to build a wall between the United States and Mexico and deport 11 million illegal immigrants might have worked extremely well during the primary, the general election is a whole different animal. You need to appeal to independent and undecided voters, because most of the people casting ballots have made up their minds about who they will vote for long before election day rolls around.

And Trump has done a poor job of that. There were so many gaffes over the summer, but the most recent one is from his trip to Mexico. Dare I say it, but during the visit, “The Donald” looked presidential. He wasn’t badgering or belittling Mexican president Enrique Peña Nieto and was speaking in a presidential tone.

All that changed when he got back across the border that night. Gone was the presidential disposition. Gone was the respect. He went back to his tired lines about mass deportation and making Mexico pay for the wall. It was back to “The Donald” we saw in the primary.

Not to mention that for someone who claims a strength in being able to hire the best people for the job, he can’t seem to keep a campaign manager to save his life. Corey Lewandowski was initially managing his campaign, but was forced into a co-managerial role with Paul Manafort.

Lewandowski was then unceremoniously kicked out the door after footage surface showing him roughly grabbing the arm of a female reporter. And Manafort followed him out shortly after when reports demonstrated that he had taken contributions from Viktor Yanukovych, a former Ukrainian president with ties to Vladimir Putin. Trump’s campaign is now being jointly managed by Kellyanne Conway, the CEO of a polling group, and Steve Bannon, the former executive chairman of Breitbart News.

If a local business had that much turnover within the span of a few months, I doubt people would continue to shop or eat there. So why is Trump given a nearly free pass?

It’s all of these reasons, and more, that Trump’s campaign is turning toxic. If he turns it around, he may yet salvage his flailing election effort. But if not, the man who loves being synonymous with winning may wind up the biggest loser in political history. 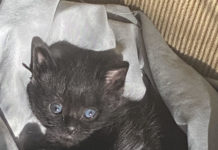