A warrant was served today to Rowan student Robert Hardiman, who is believed to be in the Glassboro area residing in 220 Rowan Boulevard Apartments or in Triad Apartments.

A search warrant was issued April 1 on a Triad Apartment, for alleged involvement in a drug and weapons investigation, leading to the warrant for Hardiman. At the time of the search, Hardiman was believed by authorities to be out of state, but it is now believed to be in the Glassboro area.

According to a RAVE alert sent to the Rowan community, Hardiman is a 5’11” African-American male, with a light complexion, short black hair and brown eyes. Identifying marks on Hardiman include two tattoos on his left arm, one of a dollar sign and the other an upside down cross.

Community members are urged not to approach Hardiman if sighted, but to notify Rowan University Police immediately at 856-256-4911 or Glassboro Police at 911. 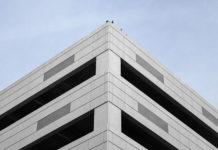 Rowan officials address arrest of student charged with invasion of privacy, other charges