With Rowan University’s Rohrer College of Business almost finished, a new program has been made accessible to Rowan students.

Hatch House takes not only current students, but future students, and even alumni to give them the push and resources needed to kick-start their own business. Anyone utilizing the Hatch House would have access to an immense wealth of support and opportunity.

“We provide a co-working space around like-minded people [who] have the Hatch House as mentors and access of resources technology investors,” Boerner said. “Our three important words are: cultivate, community, connectivity.

As of now, Hatch House is on Rowan’s campus in an interim space in Robinson Hall room 230. When the Rohrer College of Business construction is complete, Hatch House will occupy 4,000 square feet of space on the second floor of the new building.

“It will be high-tech, high energy,” Boerner said.

The space will be a co-working space for anyone who wishes to utilize the program. The high energy environment will include a number of different technologies, white boards and even a lounge space, asaid to Boerner.

“Starting in fall 2016, Rowan is going to be using our software platform which is called ‘Virtual Incubator Network,’” Boerner said. “It’s to help students find even more resources through Rowan.”

It was in late 2015 that Hatch House made the decision to come to Rowan campus, as they have been successful at schools like the University of Delaware, Bucks County College and Lehigh University.

Since then, Hatch House has occupied that same small space in Robinson Hall until their much larger space becomes readily available to them. Even though they are in such a small space, they have been actively meeting with people. According to Boerner, he spends three to five days out of the week on campus.

“We hope to cultivate the biggest entrepreneurship ecosystem in our area,” Boerner said. “To accelerate current student entrepreneurial mindset.”

It’s clear that Hatch House has been successful at other schools, making the ever-growing, Rowan University a good candidate for Hatch House. 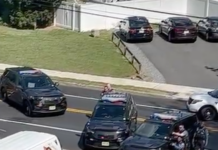