For just the 10th time in program history, Rowan has made the tournament. This time it comes as an at-large bid for women’s basketball, after dropping the New Jersey Athletic Conference Championship to Montclair State last Friday. The news was announced Monday by the DIII Selection Committee.

The 2015-16 Profs join Montclair and Stockton University as representatives of the NJAC in the tournament. In total, there are five New Jersey schools in the field of 64.

“It’s almost like we have a new season starting,” graduate guard Kaitlin Schullstrom said. “We get to start fresh and forget about the past and just move forward.”

Head coach Gabby Lisella is getting her first taste of experience coaching in the DIII tournament as a Prof. She’s looking forward to her shot at adding to Rowan history.

“Every day when we walk into the gym and look up at that wall, there’s lots of places where there’s a bazillion banners in the gym,” Lisella said. “The only banners in Rowan’s gym are national champions, so when you choose to come here, I think that’s what you’re always aspiring to accomplish. I think it’s an expectation throughout Rowan athletics. The opportunity to chase that dream is exciting for us.”

The brown and gold are hoping to make some noise at the national level. They are in a good position to do so, getting to host their opening game against the State University of New York at New Paltz on Friday and a section of the first two rounds of the tournament.

“I’m really excited [about hosting],” graduate forward Melissa Lake said. “We were a little confused when we got called because the top people usually host, but we’re actually really excited to host. It’s going to be pretty awesome.”

Lisella is somewhat familiar with the team’s first round foe. She spent five seasons as the coach at SUNY Oswego prior to joining Rowan.

“It’s been 15 years since I’ve been there, but I was in SUNY so I’m familiar with the conference, the type of schedule they play,” Lisella said. “We have a little bit of film and have seen some things.”

SUNY New Paltz (21-6) won the State University of New York Athletic Conference Championship to earn the automatic qualifier in the DIII Tournament. The two programs had no common opponents this season.

The Profs will be looking to get the offense clicking early in the first round game, coming off the NJAC Championship where they scored only 11 points in the first quarter. Rowan will have to do so, however, against a team that allowed just 57.3 points per game during the season.

“Foul shooting is very important and we can’t get down on ourselves if things don’t go as planned right away,” Lake said. “We were too tense [last game]. We just need to play loose and have fun.”

With about a full week to prepare, the team is getting ready like they have all season.

“We have a little bit of time to recover and we practiced yesterday. We’ve got some shooting going on today. They’re still in classes, they have midterms and we’re still college students,” Lisella said Tuesday. “There’s an element of excitement. It’s pretty special. Hopefully we get a lot of student support. It made the difference against Stockton and I felt like our crowd was as loud as the crowd at Montclair.” 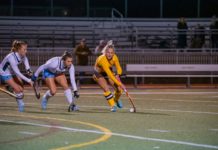 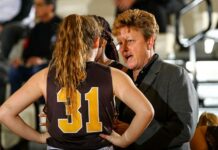 Lisella retires with school record for wins, will focus on administrative duties