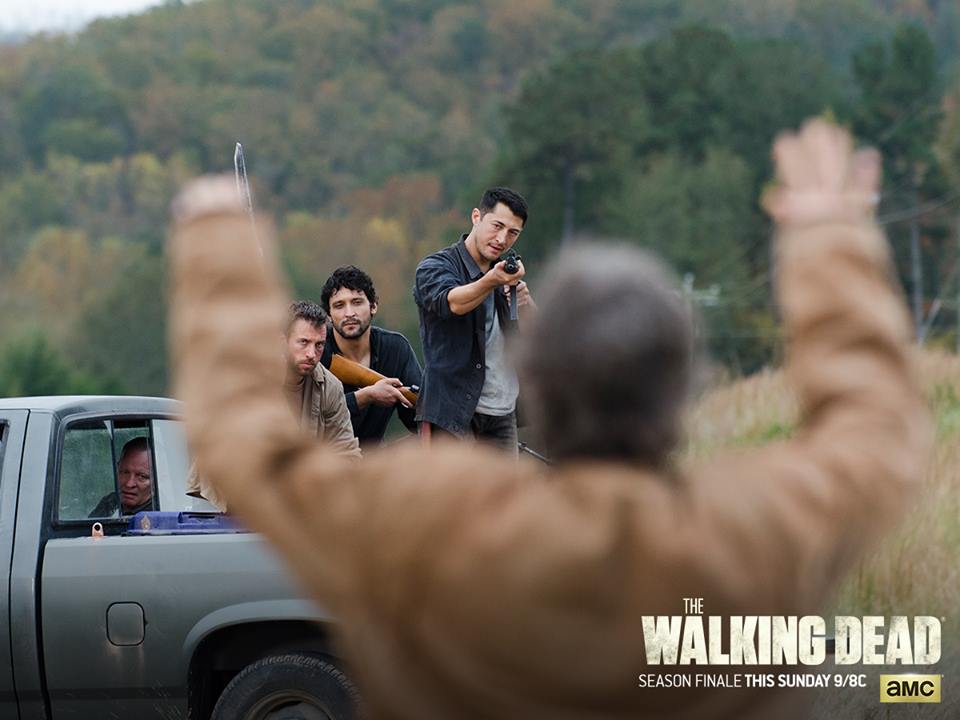 The end is near.

With several of their own missing from Alexandria and the Saviors still roaming nearby, the survivors have a lot to struggle with on this week’s episode of “The Walking Dead.”

With just a week away from season six’s finale, here are the most important things to look out for in this season six’s penultimate installment, “East.”

This week’s episode opens with Carol [Melissa McBride] preparing to leave Alexandria, bridging the gap between the past two episodes. At the same time, Daryl [Norman Reedus] is seeking his vengeance on Dwight [Austin Amelio], who killed Denise [Merritt Weaver] Alexandria’s only doctor last week.

As Alexandria is left with a skeleton crew to operate it, Rick [Andrew Lincoln] and Morgan [Lennie James] set out to find Carol while another group focus in on Daryl’s whereabouts.

However, it’s important to see how Carol has evolved over the course of the last few seasons. Going from the passive, abused housewife to a certified killing machine has been a major progression of her character. As of this season though, the guilt from the people she has killed is weighing on her, and it’s become more apparent after she’s abandoned Alexandria.

In this episode, she feigns a panic attack when stopped by a group of Saviors along the roads outside Alexandria before gunning most of them down. Her actions still beg the question – was this truly a facade? She’s lost her own daughter, had to end the lives of two children and even indirectly caused the whole Anderson family to die when Alexandria was swarmed by walkers a few episodes back.

Time and time again her morality has been questioned through the progression of this series. Morgan and Carol came to blows about her willingness to kill a few episodes ago and was even exiled by Rick prior to her rescuing them from Terminus two seasons back. The people she has grown with are having issues trusting her, what does that say about what she’s become?

Carol is quite literally fighting to survive; she doesn’t want to kill for anyone anymore, but this world is giving her no choice.

Daryl sets off in this episode on a path of vengeance towards Dwight, which through using Daryl’s signature crossbow brought about Denise’s untimely end.

Rosita [Christian Serratos], Glenn [Steven Yeun] and Michonne [Danai Gurira] set off in pursuit of him, knowing he’s only putting himself in danger by going out alone.

Rick and Morgan still find little to no sign of Carol before they go their separate ways. Morgan goes on after her, urging Rick to go back to Alexandria before it’s too late.

With the Saviors’ and their leader Negan [Jeffrey Dean Morgan] getting closer by the episode, it seems that preparing for the worst is the only thing the survivors can do at this point. Seeing as they’ve killed plenty of his men without causing so much as a dent in his operations, next week can only end in a horrific fashion.

Glenn and Michonne are captured by Negan’s second in-command Dwight, who proved that the Saviors still have the numbers advantage on Alexandria.

While concerned for her husband’s whereabouts, a pregnant Maggie [Lauren Cohan] doubles over, clutching her stomach in immense pain. This will force her to go to Hilltop, where the only remaining doctor in the area is located.

Daryl ends the episode in an attempt to rescue a captured Glenn and Michonne, only to have Dwight appear behind him, holding him at gunpoint.

He pulls the trigger, blood spattering the camera as the episode comes to a dramatic close.

It appears that Daryl was only shot in the shoulder, but this deadly encounter shows that no one is safe anymore. However, this show has a habit of keeping characters alive if they’re “killed” offscreen, remember Glenn’s “death” from earlier this season? Rest assured Daryl is safe – for now. While there won’t be any closure until next week regarding his fate, all the plans are set in motion for the 90-minute season finale of “The Walking Dead.” 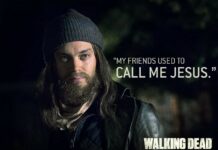 Walker Weekly: “The Next World”