There are few video games series that have become as wildly popular as Nintendo’s “Pokémon” franchise. Over the years, there have been multiple “Pokémon” games released for just about every Nintendo system out there. It was and still is a phenomenon.

So, how has “Pokémon” endured the past two decades?

When “Pokémon” first arrived in America in 1998, most of us were eight or nine years old with little video game experience. “Pokémon” was something that we had never seen before, let anything close to games that came before it. These Pocket Monsters were everywhere: on television, film, trading card game, clothes, cereal; if you wanted  “Pokémon”-branded anything, you could get it.

“Pokémon” grabbed our imagination and brought us into a new and exciting world. Here, we could travel the region of Kanto with our team of Pokémon and earn gym badges and take on the challenge of collecting (at the time) all 151 Pokémon. It made us feel like we were important in a world that just saw us as snot-nosed little kids.

20 years later, most of us are in our early to mid-20’s and “Pokémon” still holds our imagination. With the announcement of “Pokémon Sun” and “Pokémon Moon” — not to mention the mobile game “Pokémon Go” by Niantic — our imaginations are still running wild for the series. Look on any creative website and you will find thousands (if not millions) of drawings and stories about Pokemon. As a fan base, “Pokémon” is ours, we grew up with it. There are a ton of different fan renditions of Pokémon, from original characters and Pokémon to stories that span the whole world of Pokémon. Even new ways to play the game like the “Nuzlocke Challenge,” where if one of your Pokémon faints, it is considered dead and can not be used ever again. The fanbase has taken the series and turned it into something unique and personal.

While new players come to the “Pokémon” series for the imaginative creatures and scenarios, old players stick around for the nostalgia. Nintendo knows it needs to keep its original fanbase still interested into the series; that’s why they keep releasing remakes of the older games, like “FireRed” or “Omega Ruby.” Having these remakes bring older players back into the series while keeping things fresh and new for the newest batch of Pokémon Trainers. That, in effect, allows the old to teach the new, giving the nostalgic older players a chance to train the younger generations in the ways of Pokémon.

Re-releasing these games also allows Nintendo and Game Freak (the developers of the main series) to upgrade the classics with new-generation features like online battling, trading and 3D environments and characters. But overtime new gameplay elements were introduced like EV/IV Training, Secret Bases and Pokémon Contest just to name a few.

Despite the new mechanics, though, one thing that still holds true is that the “Pokémon” series is just as good of a role-playing game as it was back in 1998. At its heart, the “Pokémon” franchise has been – and always will be – about bringing the player into the world Game Freak created back in 1998 and letting the player fall in love with this imaginative, crazy, fantastic world where the biggest issue isn’t homework, or student loans, or anything of the sort — instead, you need to catch ‘em all and be the very best that no one ever was.

That premise — even 20 years later — is the reason why “Pokémon” is as popular as it is and has captured the hearts and minds of its fans for so long. With “Pokémon Sun” and “Pokémon Moon” coming out later this year, there’s only more Pokémon to catch and more badges to collect.

– Featured image: The “Pokémon” franchise has celebrated it’s 20th anniversary on Feb. 27. “Pokémon” has transformed from a video game series to a trading card game and many more kinds of media.  -Photo Courtesy of Wikipedia 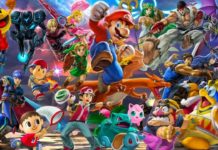 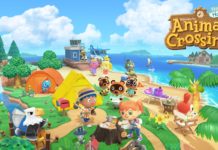 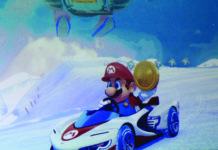