The Rowan women’s swimming and diving team capped off its season with a sixth-place finish at the Metropolitan Championships this past weekend at Rutgers-New Brunswick.

Despite the team’s small roster, the Profs were able to put together a strong showing at the event thanks to a medley of career and personal bests.

Considering the team’s lack of depth, head coach Brad Bowser was proud of his squad’s performance.

“I saw a lot of great improvements from our freshmen and saw really good performances from sophomores, juniors and seniors,” Bowser said. “Really all across the board I saw a lot of individuals work together as a team. Whenever someone was down, there was always someone there to help pick them back up.”

One of the highlights for the Profs during the meet was the performance of their 200 medley relay. The relay, which featured sophomore Polina Dineva, senior Olivia Wojtowicz and freshmen Gabby Gligor and Miranda Coughlan, placed fourth in the event and broke the school record with a time of 1:49.45.

“I think all of our relays did really well,” Wojtowicz said. “I think we did better than I thought we would considering we went up against some really tough teams.”

In addition to receiving strong performances in the relay events, the Profs had big contributions in the individual events as well. Seniors Julia DelNero and Wojtowicz were key reasons for Rowan’s success.

“I finished and I went right up to my parents and it was really sad, but a relief,” DelNero said. “I had all of my championships at Rutgers and in that pool since I was 10 years old. So it was a very emotional day for me, and my parents as well. It was definitely sad and relieving, but I don’t know, I’m really going to miss this.”

While seniors swam the final laps of their collegiate careers, new ones were being defined.

Coughlan impressed in her first ever Metropolitan Championships. The freshman standout placed eighth in the 50 freestyle (24.21) and improved her individual times in every event.

The five-time New Jersey Athletic Conference Rookie of the Week appears to have a bright future ahead of her.

“[Coughlan] put out probably one of the best meets of her life,” Bowser said. “She was two seconds faster in her 100, half a second faster in the 50 and three seconds faster in her 200. She had best times across the board for all three of her events. She was a strong leader in the relays and someone to look at in the future for the NCAA [Championships].” 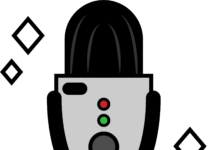