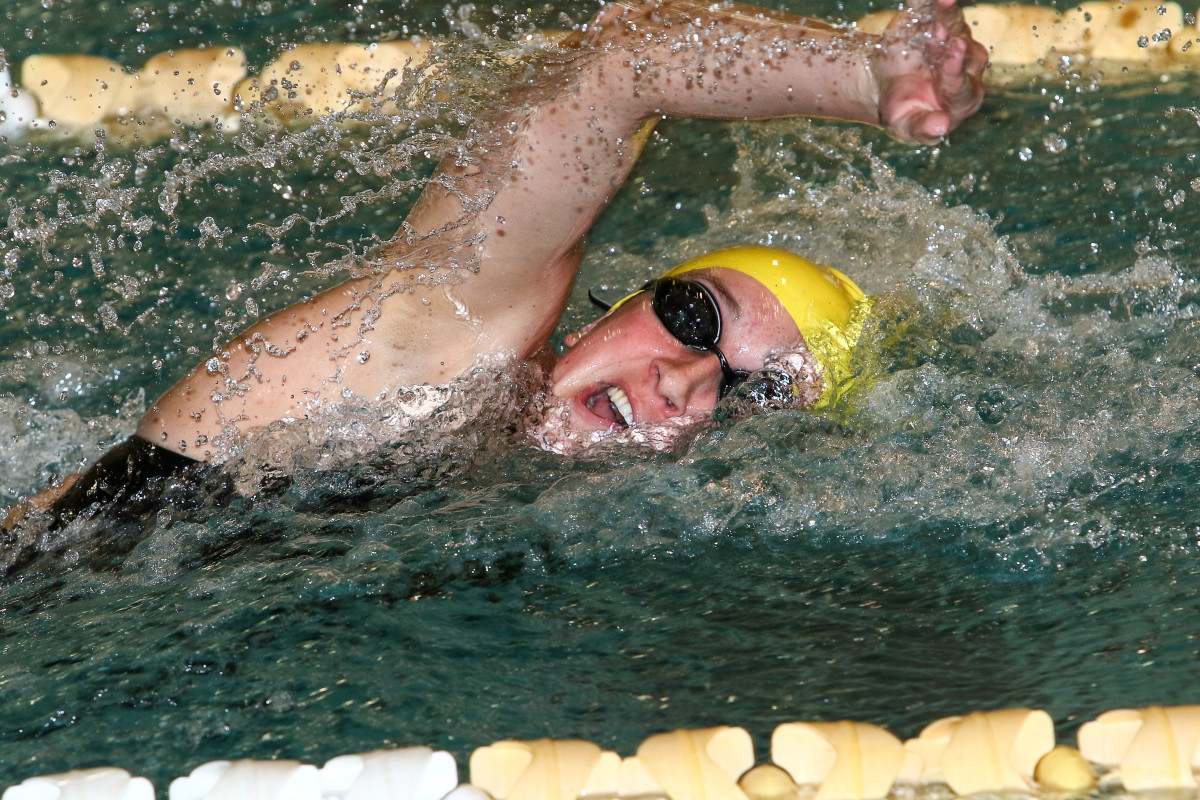 It’s something said by almost every standout athlete.

Some variation of “not imagining reaching that much success.” However, many don’t prove to be top athletes in their conference, in their first season.

Such is the case for Rowan freshman swimmer Miranda Coughlan, who has taken the New Jersey Athletic Conference by storm. The Profs’ standout has made quite the name for herself, currently sitting second in the NJAC in the 50 (24.62) and 100 freestyles (53.99), and third in the 200 freestyle (2:00.13).

Coughlan has also been awarded the NJAC Rookie of the Week four times this season, as recent as Feb. 2. The last Prof to receive the honor as many times in her freshman campaign was Allison Schneider during the 2010-11 season.

“I came into the season with a positive attitude and wanted to get faster, but I didn’t nearly expect to be this successful in my first year,” Coughlan said.

Coughlan began swimming at the age of four when her parents started her off at the Wenonah Swim Club. The first time Coughlan started swimming, she immediately fell in love with the sport.

As she got older, her love for the sport began to grow exponentially. In high school, she joined the Clearview Regional High School swim team. As a member of the Pioneers, Coughlan, a team captain, earned All South Jersey All-Star second team honors in the 50 freestyle.

Despite all of her prior success and experience in the pool, the freshman was still taken aback by being a part of the Rowan women’s swimming team.

“When I first stepped into the pool [as a Rowan swimmer] it was very unreal,” Coughlan said. “I had watched them the past two years when I was in high school so once I was finally part of it and on the team it was a very surreal feeling.”

For Coughlan, as for many incoming freshman, making the shift from high school to college was not easy. Initially, she said it was difficult to balance her school work with her swim schedule.

“I wasn’t used to being in the pool for as many hours a week,” Coughlan said. “It was definitely a big adjustment for me at first. However, once I got used to it, it became like an everyday routine.”

One of the people who has helped Coughlan adjust to life as a college athlete is fellow freshman and relay partner Gabby Gligor.

The future is certainly bright for both Coughlan and Gligor. Head coach Brad Bowser sees great potential in the duo and has been very pleased with their individual performances this season.

“I wasn’t surprised [with their performances],” Bowser. “I knew we were going to get the points from Miranda. I just didn’t know we would get stronger with Gabby and explode with the other freshmen. The freshmen have really helped to keep this team up on top.”

As for Coughlan, Bowser views the freshman standout as one of the ‘”premiere swimmers in the NJAC.” With a lot of time left in her college career, he believes that the sky is the limit for the young swimmer.

In addition to Coughlan’s talent, the coach believes that her leadership and hard work can be a valuable asset to the team. As the years go on, Bowser could see Coughlan as the type of person who can help and mentor younger swimmers.