They say the first step to solving a problem is admitting that there is one. As can be seen by this year’s crop of presidential candidates and the crowds they draw, we have a problem.

I like to think that college has prepared us to tackle the world beyond the walls of this university, but unfortunately, that world is much rougher than the world of Glassboro. It’s a world in which many hate others because they are a different skin color, because someone speaks a different language, because they identify as a certain gender, just to name a few. We can’t even handle that on our campus.

Recently, The Whit was discouraged from covering an event last week regarding the debate surrounding the Black Lives Matter and All Lives Matter movements, hosted by the Office of Social Justice, Inclusion and Conflict Resolution (SJICR). When The Whit inquired about the rationale behind not being able to cover the event, Director of SJICR Gardy Guiteau explained that the event was not conducive to observation.

“Unfortunately, the sort of work that we will be doing in this space is not conducive to observation,” Guiteau wrote in an email. “The Intergroup Dialogue model that we are using requires that all those present be active participants otherwise the sanctity of the space would be compromised and participants may not feel comfortable sharing fully in a vulnerable way.”

The event was open to any student who wanted to participate, but they needed to go through a preregistration process. Based off the invitation, there was to be a conversation around the issue of race and anti-black racism, in which the participants would attempt to answer the question, don’t “ALL” lives matter?

With the primary mission to document the Rowan experience, any dialogue that addresses equality from either a racial, socioeconomic or regional perspective is important to the students of this university, and is thus is important to The Whit. It involves students from different backgrounds discussing their experiences with the intention of being heard and to make a difference. These forums should not be held behind closed doors, in a situation in which the fear of observation deters what one is willing to comment on.

Now, no one is debating the validity of SJICR. The office has been a great addition to our university over the last four years. Their events have been influential, and have been on The Whit’s coverage list since they began. Our reasoning for this is that events that ask us to challenge our beliefs are helpful to the community and should be supported. SJICR does just that.

If this university needs events that cater to the notion that we need the comfort of a closed, private room, in which nothing leaves in order to address controversial topics, what does that say about us, the Rowan community? On the other hand, what does that say to other departments that hold similar events? Isn’t that perpetuating that ideology?

This university has a wealth of students with different experiences and a very active student population. This university also has a vast amount of professors with different degrees, skilled faculty and administrators. I challenge the Rowan departments, professors and administrators to challenge us, not by offering closed events where no one can hear us, but in a forum in which everyone can hear us. Closed events just reinforce the notion that we don’t need to join the public debate if there’s a closed one in which we can say what whatever we want without repercussions.

And we, as students, need not hide behind closed doors. Let’s not lock ourselves in a safe space and lose the key. We need to be open. We need to recognize that we are not our ideas. Ideas change; we are merely vessels that carry them. 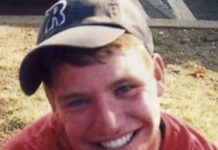 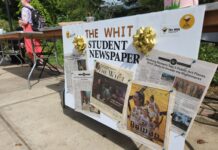 Letter to the Editor: I am Wowed by What I see