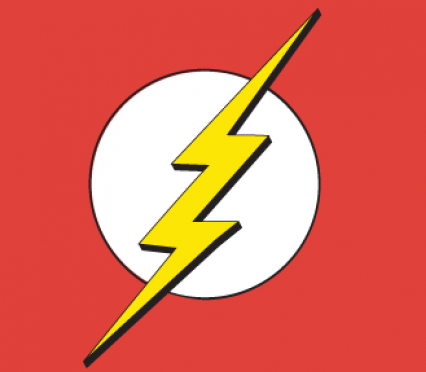 Forgiveness is a theme that has been running through the series of “The Flash,” from Barry [Grant Gustin] forgiving himself for not being able to help his mother, to Iris [Candice Patton] forgiving her mother who’s on her deathbed.

In “The Reverse-Flash Returns,” we see that the first season’s villain, Eobard “Reverse Flash” Thawne, [Matt Letscher] is back in the past to find out what century Barry was born in. But once again, he is stuck in our present time and must use a time machine to get back to his time.

But wait, wasn’t Thawne completely wiped from existence? Well not exactly. As Dr. Harrison Wells [Tom Cavanagh] explains, this Reverse-Flash was protected by the Speed Force when he was wiped out of existence. This Reverse-Flash is from the future, but he hasn’t killed Barry’s mother yet. It is a past version of the Reverse-Flash.

While trying to figure out how Cisco’s [Carlos Valdes] vibe powers work, Wells creates a pair of goggles that will let Cisco control his power. With that, Cisco learns that he can see into the future while wearing the goggles. It’s nice to see that Cisco’s powers are evolving and following the motif of time traveling.

The conversation between the two while Thawne is in prison tells us his backstory and his obsession with Barry. Thawne could never be the Flash, so he became the opposite of what the Flash stood for.

Showing the viewers Jay Garrick [Teddy Sears] doppelganger  in the city park could possibly have a major character be introduced, Hunter Zolomon. In Earth-One, Jay’s life is different, and because of that he has a different name.  In the comics, Zolomon is Zoom, but we don’t know if there is any relation between the two. It could just be that this is a nice little easter egg.

It was sad to see Iris say her final goodbye to her mother, even forgiving her for not being there for her when she was growing up. Plus, seeing her and Wally [Keiynan Lonsdale] grow closer together as brother and sister is the right direction for Wally. Yes, he will get his powers soon — maybe even this season — but I want to see what he is like before he becomes a speedster.

Speaking of sad, it was hard to see Patty [Shantel VanSanten] go. But having her be a detective and realize that Barry is the Flash was a great way for her to realize that. The final scene between Barry and her on the train to Midway City was a great way to just end it between both of them, without any hard feelings between the two.

I feel like this was the strongest episode of this season of “The Flash.” There was some really great character development throughout the episode. Fantastic action between the Flash and the Reverse-Flash while also revealing a bit of their backstory.

– Featured image: The Reverse-Flash returns to the past to find what century Barry lives in. – Photo Courtesy of Wikimedia Commons