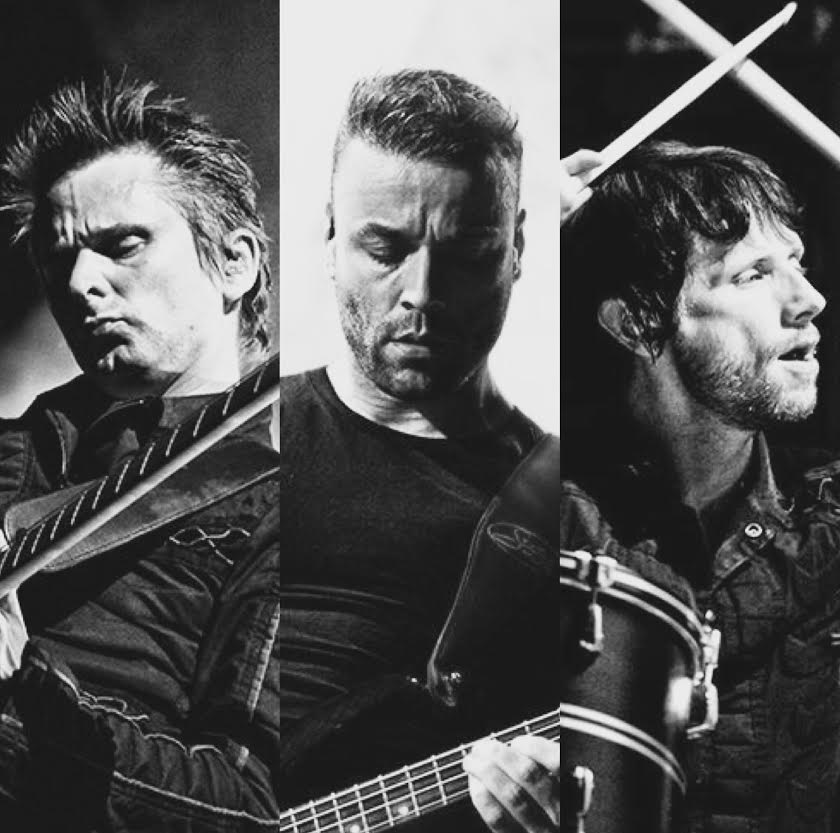 After a three-month tour in the U.S. Muse made the penultimate stop of their “Drones” tour in Philadelphia this past Sunday.

Touring with X Ambassadors — known for radio hits such as “Unsteady” and “Renegades” — their show in Philly was something truly extraordinary.

Compared to the typical concerts where the stage is focused in the back of the arena, this one was centered in the middle of the Wells Fargo Center with platforms reaching out to where the nets would normally be at a Flyers game.

Roughly 45 minutes after the opening act left the stage, the arena went dark as the
crowd erupted with cheers. A quiet fell over the crowd as the all-vocal title track “Drones” began to play. As spherical drones descended and hovered over the audience, the roar became deafening.

As fog machines pumped out smoke, the three points in the stage opened as the trio of Matthew Bellamy, Chris Wolstenhome, and Dominic Howard rose through the mist and began shredding into one of their newest songs, “Psycho.”

As both a bassist and guitarist, seeing Bellamy and Wolstenhome work their magic on stage was something truly inspirational. From the dynamic opening bass line of “Hysteria,” Bellamy and company jamming out to riffs from Led Zeppelin’s “Heartbreaker” and AC/DC’s “Back in Black” I was consistently blown away throughout the show.

Combine that with the thousands in attendance belting out the choruses of “Starlight” and “Uprising” and the visual phenomena that were happening left and right throughout the arena the overall spectacle of their performance never seemed to let up.

During one of their newer songs, “The Handler,” Bellamy and Wolstenhome were situated on opposite ends of the catwalks stretching out from the stage. Meanwhile, through two massive projection screens above the walkways, a pair of hands controlled the two as if they were mere puppets.

Another moment that blew me away was the opening guitar solo from “Reapers,” another one of Muse’s hits from their album “Drones.” The way Bellamy casually ripped through the Van Halen-like tapping on his guitar had me wondering if he was even human. Honestly, an amazing guitar solo can define a song, but blasting away through something so intricate while making it seem so easy is awe-inspiring.

As the show went on, the imagery of a humanoid drone appeared through the
various visual displays that had been placed into their performance. Starting early in the show during “Dead Inside” and coming to a close with the apocalyptic crescendo of “The Globalist,” the concert was a story told of this drone’s birth and eventual destruction.

One of my favorite moments of the concert was when Bellamy’s guitar solo kicked in midway through the “The Globalist.”

Mixed with a vast array of flashing lights and visual effects, a massive drone began to fly over the crowd, shining an ominous spotlight on the patrons below. From where I was sitting I didn’t even realize the drone had began flying over us until I glanced up, in awe as it eclipsed the spotlight that was shining down on it.

Closing out a nearly two-and-a-half hour set with an encore of another new tune “Mercy” and their 2006 smash hit “Knights of Cydonia,” Muse had, at least to me, set a new precedent for how epic in scale a live performance can become.

As musicians and composers, Muse are some of the greatest of our time. Instrumentally, their pieces are not only unique, but far out of the norm compared to your average rock group.

Production-wise, it was plain to see there was a lot that went into making their performance run as smoothly as it did. The precision flying of their drones and their projection screens draping the walkways on either side of the center stage added a unique element to a performance that would’ve been stellar even without the additional imagery.

My one complaint about the concert was the engagement with the crowd I was expecting from the band. Albeit there were plenty of interactive moments between Muse and the audience that night, my memorable concert experiences with the likes of the Foo Fighters’ Dave Grohl and Panic! At The Disco’s Brendon Urie have left me slightly biased. That being said, this was the next-to-last show on a lengthy tour and for what they left out on the stage last Sunday I’m willing to let them slide.

For my first concert experience at the Wells Fargo Center, I must say that Muse’s Drones Tour set the standard unbelievably high for the next few concerts I plan on going to.