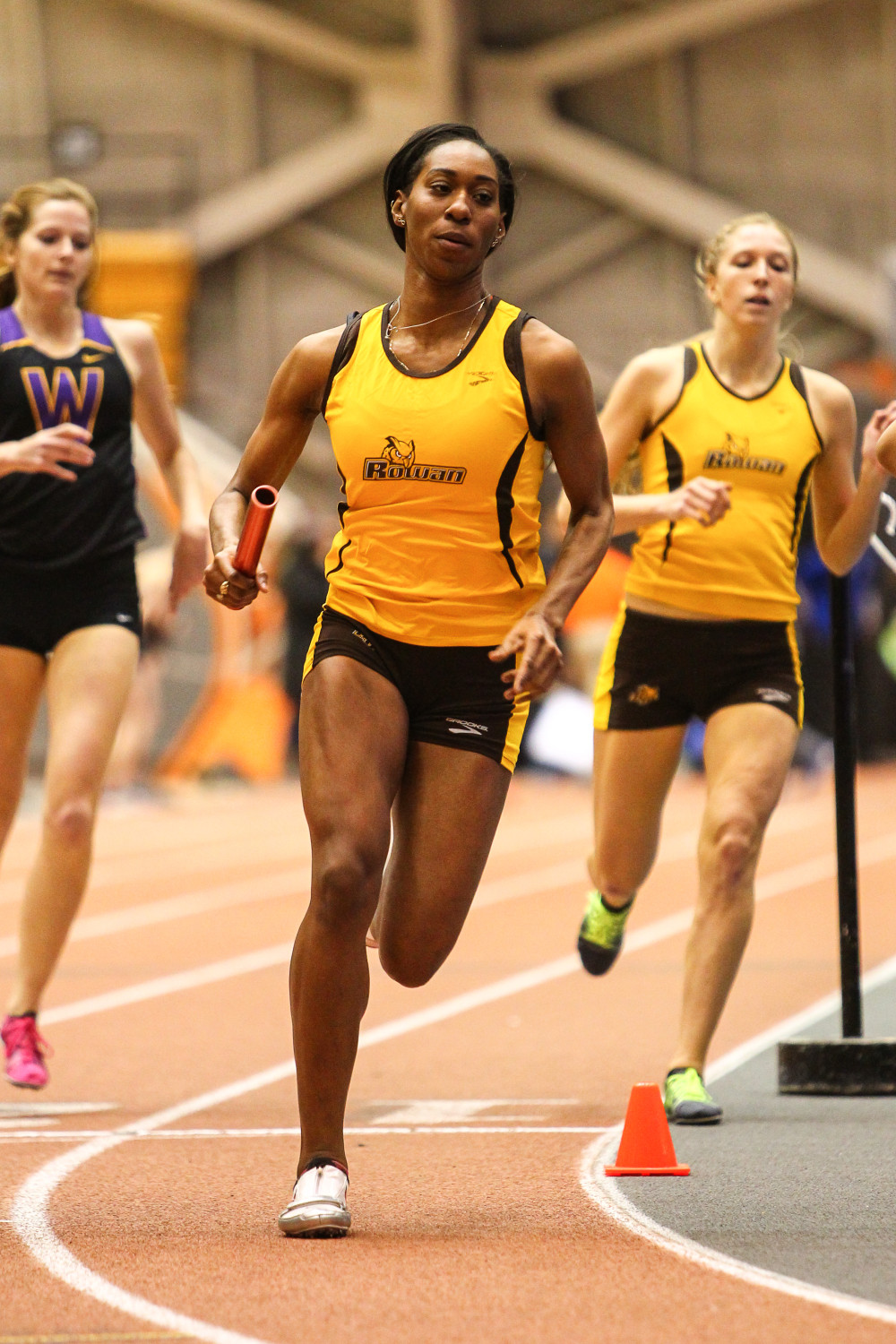 Head coach Derick “Ringo” Adamson asks something crucial of his girls: to believe in themselves and give their all every day.

He knows the effort from everyone pays off in the end.

It’s what brought Rowan the 2014-15 New Jersey Athletic Conference Championship, the third straight title for the women’s indoor track and field program. The eighth-year coach expects it to lead to yet another this season.

“I say, “don’t complain”; get it, do it, because the payoff at the end is much greater. And you don’t have to preach it, you just have to do it by example,” Adamson said. “This team of mine always seems to find a way to get up for conference, get up for championship meets. I think we’ll do it again.”

The Profs entered this season without some big names from past championship runs, including former captains Melirah Searcy and Tashay Wilson, who were lost to graduation.

Adamson can look to a number of different athletes in setting the strong example necessary to succeed. Officially, he called on senior Shailah Williams, junior Lexxus Matos, senior Michele Relation and senior Jessalynn Wright as the new captains for 2015-16.

“They’re well-spoken, they know what this team is about and they know what we should be doing,” Adamson said. “And if I put you in a leadership position, one day sooner or later you’re going to find your own self.”

A testament to the team’s talent level, Rowan is responsible for some of the top marks in Division III, including four in the top-15 of multiple events, through just three meets and a month and a half into the season. This comes despite lacking their full roster over much of that time.

Adamson said that played a big part in their second meet of the season, the Ramapo College Season Opener (Jan. 15). The Profs finished a solid 5th out of 16 teams in the team-scoring meet, but the coach recognizes the higher placing that would’ve been in their grasp with everyone available.

“There were 15 girls missing, 15 heavy-duty point scorers that I didn’t have in that meet,” Adamson said. “When I added it up, there were 164 points that were missing. A team in our conference

The depth of the team falls in the hurdling, sprinting and jumping groups. However, Adamson believes that he can call on anyone at any given meet to step up—whether familiar with the event or not. He trusts that they will demonstrate what they’ve done in practice countless times.

“There are girls here who haven’t done certain events but I know they can… who I know can high jump, who I know can long jump,” Adamson said. “On the day of that conference meet, I’ll call upon them to do just that and they will, for goodness, they will deliver, no ifs and buts, because they know what’s at stake.”

With the conference meet about a month away, the Rowan athletes have a few meets remaining to continue to prepare. Adamson has confidence that times and marks will improve, even ones that currently rank with some of the best in the nation.

“We’re just right now scratching the surface, and I know those are little words but it’s true,” Adamson said. “But they have to believe how good they are and how good they can become.”

Rowan continues its season today as the team competes at the McElligot Invitational in Haverford, Pennsylvania. The coach said he would have 32 girls ready to go, figuring to be the team’s best turnout thus far.

The NJAC Championships will be held at the Ocean Breeze Track Center in Staten Island, New York on Feb. 22.

“I think we are in a position right now if we play our cards right, do the training, run the kind of times we’re capable of running and put people in the right races in that conference meet, I think we can win,” Adamson said.