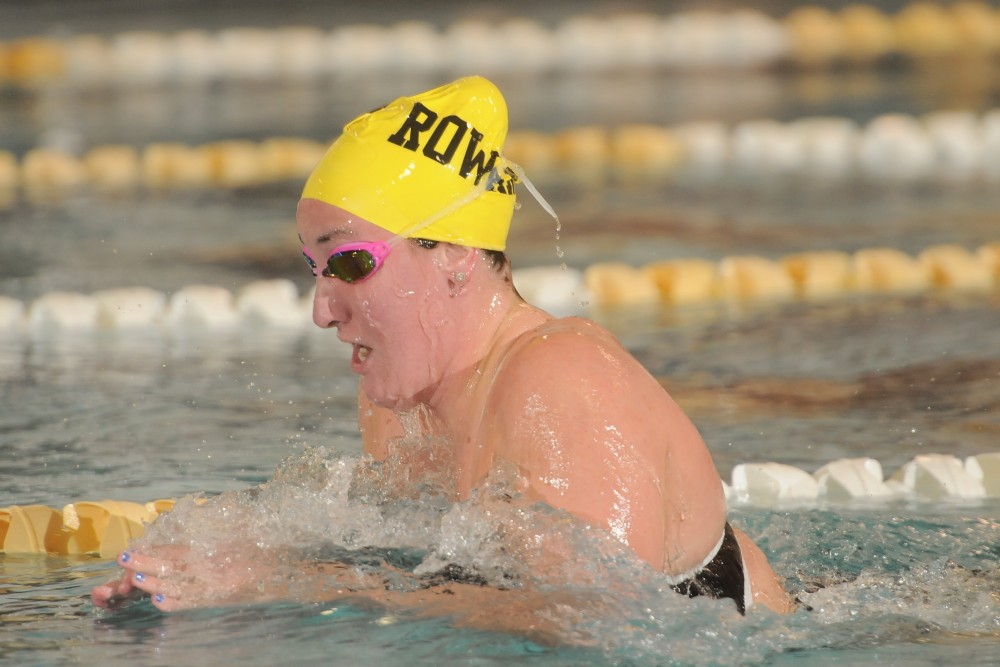 Olivia Wojtowicz has become one of the premiere swimmers in the New Jersey Athletic Conference.

However, despite all of the success she has experienced over her four years, Wojtowicz never imagined at the outset that any of this would be possible.

When Wojtowicz first dove into the pool as a freshman for the Profs, she had no idea what to expect. Despite having a successful high school career, which included a state championship in the 4×100 meter freestyle relay, college was uncharted territory. She viewed herself as an “underdog.”

“There were so many swimmers who were so much better than I was,” Wojtowicz said. “At the start of my freshman year I was like ‘wow, this is a really competitive conference’ and now I’ve improved so much throughout my four years. I never thought I would be where I am today.”

For Wojtowicz, the transition from underdog to top dog did not happen overnight. It took a lot of dedication and hard work.

Wojtowicz experienced a fair amount of success her freshman year. The newcomer finished at the top of her team in the 100 individual medley (1:06.47) and the 200 breaststroke (2:33.11). She also earned NJAC Rookie of the Week honors twice during the campaign.

The following season, Wojtowicz built on her success. In addition to leading the team in the 200 individual medley (2:13.40), the sophomore became a key component in Rowan’s top relay team. As a member of the 200 freestyle (1:41.24) and 200 medley (1:52.05) relays, Wojtowicz and her squad earned All-Conference second team in both events at the 2014 Metropolitan Championships.

Throughout her career, Wojtowicz’s times have all improved and she has become a much stronger swimmer. A couple of the key factors Bowser attributes to this success are Wojtowicz’s work ethic and confidence.

“Olivia is a strong-minded individual when it comes to working hard. She doesn’t back down in practices. She pushes through a lot of pain and adversity,” Bowser said. “In the two years I have coached Olivia, one of the things I have noticed is that she has gotten more confident. We spent a lot of time on building her confidence and getting her to become more confident.”

Wojtowicz’s hard work, resiliency and confidence are some of the many reasons why she was chosen as one of the team’s captains this season. For Bowser, Wojtowicz’s experience and work ethic make her a “great role model for younger swimmers.”

After her college career is done, Wojtowicz plans to set her sights on graduate school. The biochemistry major hopes to continue to further her education and one day become a physician’s assistant.

In the meantime, Wojtowicz recognizes that there is work to be done in the pool. With only a few months remaining in her collegiate career, Wojtowicz wants to go out strong.

“Before I leave, my biggest goal is to knock a few records off of the record board that have been up there for a little while,” Wojtowicz said.