On Tuesday, Nov. 8, Rohrer College of Business students woke to a Rowan Advisory Alert at 9:47 a.m which announced that classes for the day would not take place in their usual classrooms.

“There is a complete power outage in Business Hall. Professors should notify students of alternate meeting plans starting immediately, including meeting remotely until power is restored. There will be an update about the power outage by noon,” the alert read.

“There continues to be an electrical power outage at Business Hall on the Glassboro Campus. Professors should make alternate arrangements for in-person classes for the remainder of the day. All events scheduled for the building today should be rescheduled. Thank you for your patience. An update will be sent to the University community in the early evening,” read the email from Rowan Advisory.

For the Saxbys coffee shop within Business Hall, this meant a complete overhaul of the shops food, drinks and appliances.

Louis Santos, a psychology major at Rowan and a team lead — shift leader — at Rowan’s Saxbys, explained that the outage had a negative outcome for Saxbys’ employees and products.

“It affected the store to the point where we had to waste over a thousand dollars worth of product,” said Santos. “Because the fridges and everything went off, nothing was safe to serve because at a certain temperature bacteria can start going onto food. If you’re not serve-safe, that’s how stores get shut down. Personally, for me, I wouldn’t feel comfortable serving something to someone that’s even remotely unsafe, so we had to do what we had to do.”

It took until the following Monday, Nov. 14, for food to return to the store since they had to re-order all of the food that was contaminated and throw away everything that was now unsafe to serve.

“It was a big hit on us because we are one of the higher-selling Saxby’s as a franchise,” said Santos.

When the power initially went out, there were some employees working a shift at the cafe. It was a matter of adapting to the circumstances, Santos noted.

“People started unplugging because we didn’t want any power surges. We began trying to salvage whatever we could, but by that point, there was nothing we could do, so we really just had to wait,” said Santos.

A final Rowan Advisory was sent out the next day, Nov. 9, at 2:41 p.m. to notify students that, “Electrical power to Business Hall has been restored. The building is now open. Kindly see details listed below for our academic schedule moving forward.”

The Saxbys in the Business Hall is back up and running as usual, completing food and drink orders again. Students can place orders for food and drinks via GrubHub, and order drinks in line at the counter as well.

“Overall, we’ve definitely bounced back, because right now it’s only 4 [p.m.] and we’re in the 450s, so we’re doing about 100 orders an hour, roughly, and that’s okay for us. I think we bounced back pretty well,” Santos said on the second day of reopening, Tuesday, Nov. 15.

Sarah Uddin, a senior human resources management major at Rowan, had two classes in the building that day. Uddin’s professors took two different approaches to how the power outage would impact class.

“My one professor emailed us, notifying us that class was canceled a couple hours before. My last class, she actually made it online and so she told us to join the Zoom link,” Uddin said.

When power was restored to Buisness Hall, classes remained remote for the remainder of the day to allow the students and faculty to adjust, and return to a normal, in-person schedule the next morning.

The Business Hall is now functioning as usual, and there does not seem to be any significant damage from the outage. Classes have returned to in-person sessions and the building stays bright and warm — despite the recent cold and dark weather. 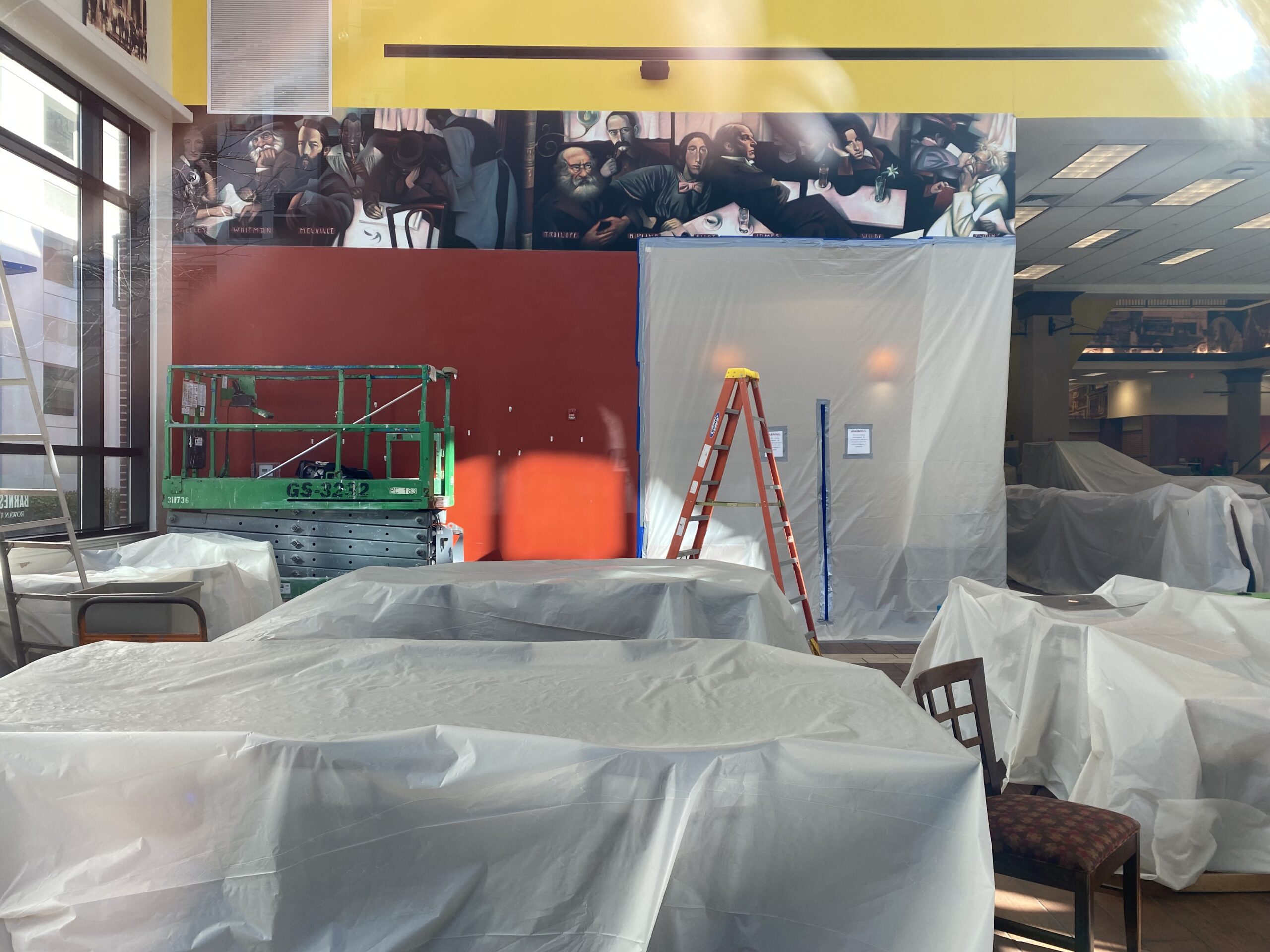