The Glassboro Municipal Council met on Tuesday, March 22, in the afternoon to discuss the future of backyard chickens in the area.

For this meeting, members of the Glassboro Municipal Council met and discussed multiple topics relevant to Glassboro Township. Amongst these topics was the introductory idea of chickens in residential areas, with the hope to make a final decision upon the collection of more data.

Fiola, currently serving as the chair of the Finance Board, is also a representative for the Public Safety Committee of Glassboro. He brought up concerns to the council regarding the number of chickens per household and the application of restrictions.

According to fellow chairperson Andrew Halter, the “Chicken Advisory Board is the enforcement end,” and once the legislation is signed, they can “enter the property at any time to inspect the coop.”

The Chicken Advisory Board would be a collection of volunteers, animal activists and food sustainability experts. As discussed in the meeting, the current restriction would be four chickens per household, with room to negotiate barring chicken coop status. Councilwoman Daniele Spence, a member of the Glassboro Food and Health Equity Project, spoke on the increasing interest in food sustainability.

“One of their keys is to allow as many people as they can to have the option to do this,” Spence said. She believed the best option is to survey other towns in New Jersey that accommodate backyard chickens and to make an educated decision on the adoption into Glassboro during a future assembly.

Laws regarding chickens vary town-by-town in New Jersey, but it is objectively agreed statewide that roosters are too loud and thus are prohibited from residential areas. The question revolving around chickens widdles down to the details regarding hens, although the selling of eggs is predominately frowned upon as well.

The council mentioned Glassboro’s neighbors Pitman and Woodbury. Both have adopted residential chickens into their municipality in unique ways. According to their municipal code, in Pitman, New Jersey, one must have at least an acre of land to adopt a maximum of three chickens. Additional chickens can be obtained but is contingent on acquiring another acre of land.

Although there is a moderate acceptance of backyard chickens, Pitman has cut down since the diffusion of their Backyard Chicken Pilot Program. The two-year program, fit with a Chicken Advisory Board, ran from 2018 to 2020 and provided an expedited application and licensing process for any Pitman resident interested in owning a chicken. Due to the COVID-19 pandemic, and other external factors, Pitman municipality has yet to reinstate the program.

The drastic range in chickens permitted between the two townships is due to the population density. Woodbury, has a significantly high amount of residents per square mile compared to Pitman, resulting in more chickens in less space.

With a population density closer to that of Pitman’s, Glassboro’s council came to the agreement that four chickens per acre is a solid starting point. Although abstaining from the vote, Glassboro Mayor John Wallace exhibited a pleasant reaction to the idea of backyard chickens, jokingly assuring the “chicken police” would handle any misconduct, not local law enforcement.

According to Council Administrator Edward Malandro, surveying on residential chicken ownership has already been conducted in North Jersey, but needs to occur more in South Jersey before there is any admission of chickens into residential Glassboro homes. 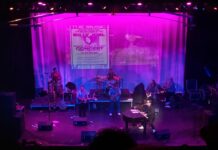 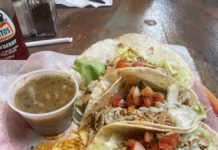