This past Saturday marks the first time since 2019 that the Philadelphia Union played a match outside of the country.

Due to COVID-19, the Canadian border was temporarily closed, meaning CF Montreal played their games in Miami. Now that the border is open, the Union had to travel up to play a CF Montreal team that is trying to make the playoffs, just like the Union who currently sits in third place in the MLS.

The Union was, once again, without goalkeeper Andre Blake due to a minor injury. Matthew Freese dubbed in at the goal.

The other usual starters were present, but there were also some young players who got a nod to start. Forward Quinn Sullivan and Paxten Aaroson were among those starters.

This game had a slow start, and it wasn’t until the 33rd minute that any team took an advantage. CF Montreal scored the first goal when forward Matko Miljevic kicked the ball in the back of the net. This was the only goal of the half, sending the Union into halftime down 1-0.

When the second half started, Union Head Coach Jim Curtin knew that his team needed to make progress in this game, so he made the call to substitute forward midfielder Dániel Gazdag for Sullivan. CF Montreal also made a change to keep up their pace by substituting forward Sunusi Ibrahim for Milijevic.

Shortly after the substitutions, CF Montreal gave the Union a gift. In the 63rd minute, Montreal’s goalie James Pantemis accidently scored a point for the Union, tying at 1-1.

In the 77th minute, the Union finally took the lead with a Kai Wanger free kick goal.

At the end of regulation, there was five minutes added for stoppage time. A victory for the Union was in grasp, until at 90+5. CF Montreal’s forward Sunusi Ibrahim headed in the goal to tie the game at 2-2.

This would be the final goal of the game, making the result of the game a 2-2 tie.

This might not have been the desired result, but a draw each still allows both teams to gain a point. The Union now currently sits in third place, only two points behind Nashville SC. CF Montreal is now in seventh.

The next game for the Union is on Wednesday against Minnesota United in Minnesota. The Union are also in the fight for a playoff spot. So in order to win this game, the Union cannot give up late goals and thet need to keep up with the pace of a team that is fighting for a spot in the playoffs. 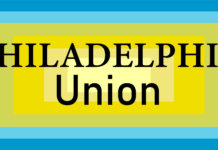