By providing academic resources, support and guidance, students who may struggle with neurodivergent conditions are provided a unique opportunity to get the individual assistance they may need.

The term “neurodivergent” was first used in a thesis written by sociologist Judy Singer in 1998. As defined on the Division of Diversity, Equity, and Inclusion’s blog on Rowan University’s webpage, the term “neurodivergent” is defined as, “having a brain that functions in ways that diverge significantly from the dominant societal standards of ‘normal.’”

Allison Passalacqua, a first-year English student at Rowan University, appreciates a space created for them.

“When I first heard about the Center for Neurodiversity, I was really excited. As someone with ADHD, the idea of a place that’s meant to support people like me is really relieving,” Passalacqua said.

Also defined on the Division of Diversity, Equity and Inclusion’s blog, the term “neurodiversity” is defined as, “the full range of variations in cognition, learning, behavior, and socialization that exists within the population.”

Dr. Amy Accardo, faculty director for the Center for Neurodiversity, recognized the importance of utilizing the center.

“It’s a need that we have on campus a center that prioritizes and values our neurodivergent students,” Dr. Accardo said.

“We have a student neurodiversity club and faculty and staff affinity [neurodiversity] club,” Dr. Accardo said.

According to the event description of the launch of the Center for Neurodiversity, the Center will also house the Offices of Accessibility Services, which is formerly known as the Office of Disability Resources.

As stated on Rowan University’s webpage, The Center for Neurodiversity provides its services to an array of students in hopes of “expand[ing] support and academic services to a wide range of students – often high-functioning, high-achieving individuals whose brains operate normally, though somewhat differently, than what is considered “neurotypical.”

The Center for Neurodiversity temporarily resides in Laurel Hall. 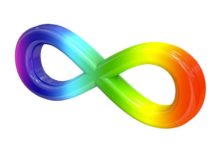 Gerber: People With Autism are People 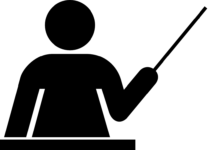