On Friday, March 26, the college of humanities and social sciences hosted an event entitled “Is Civil Discourse Dead? A Conversation Between Ross Douthat and Michelle Goldberg,” in which the eponymous duo, both accomplished writers for The New York Times, discussed the necessity — and growing scarcity — of civil discourse that is tainted by the increasing political polarization of today.

“In the light of the debates over masking, vaccines and social distancing, due to the global pandemic, the contested 2020 election and the attack on the Capitol in January, we felt we should respond to show students that peaceful and respectful debate is possible — even between two people who vehemently disagree with one another on most issues,” said Dr. Janet Lindman, chair of Rowan’s history department and head organizer of Friday’s event.

Though public opinion has always been divided to some extent, rarely have the disagreements between those who hold differing opinions been as high-profile as today, given the advent of the internet and the politicization of mainstream news media.

In the age when anyone and everyone on Twitter can achieve international praise and contempt alike for sharing their political opinions, it seems as though the credibility and usefulness of civil discourse has been shunted to the wayside, in favor of agreeing with whoever shouts the loudest. Friday’s discussion proved that in maintaining civil conversation, there need be no shouting, swearing or attacks of character.

Douthat and Goldberg are both columnists for The New York Times, where they both write about similar public opinion matters, such as policy. However, Douthat writes from a conservative point of view, and Goldberg from a liberal perspective. While such an idea may conjure up the image of two people with scathing contempt for each other, the two are, in fact, close friends, and they enjoy discussing their disagreements with each other on their podcast entitled “The Argument.”

Douthat went on to discuss the nature of debates, specifically those in which the topic is far-reaching and open-ended, such as political policy.

“The point of discussions like this, in many cases, is less to sort of change your mind radically… but more to sort of get a sense of the complexity of the world,” Douthat said.

While many questions do have definitive right and wrong answers, more complicated topics, that require large-scale structured debates to resolve, are rarely fully resolved. Civil discourse should not be thought of as a trial, whereby the validity of one claim is contested against another; rather, according to Douthat, it should serve as a learning experience, wherein both sides attempt to learn more about the issue and draw better personal conclusions.

Douthat and Goldberg went on to express the importance of open-mindedness and the suspension of bias when going into a debate. According to Douthat, if we engage someone in an opinionated conversation, already sure that we will rigidly adhere to our own position, the conversation is meaningless, because any new information is rendered moot by our rejection to review and analyze our own ideas and perception of the world.

“There are also lots of issues, especially when you’re dealing with public policy, where you just have a lot of different floating variables,” Douthat said. “…When you’re coming at something from a particular ideological perspective… you’re not gonna see certain variables.”

Goldberg noted that by suspending our biases and treating civil discourse as an exchange of ideas, rather than a contest of ideas, we become better thinkers, able to reflect on our own assumptions, accept new information and, as a result, make better-informed decisions.

Goldberg reflected on her own views after several years of working on “The Argument” with Douthat.

“I don’t know that my views have changed all that much… but all of us are genuinely curious about our opponent’s [position], and we are not just looking to write polemics for our team,” she said.

The history department viewed the event as the first in a series of discussions that will strive to address several deep, cultural and ideological divides present in America today, urging the student body to stay curious and keep the conversation going. 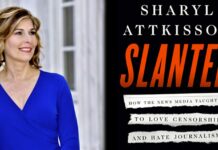 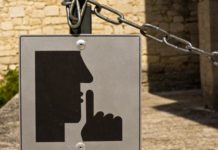 Editorial: Sit Down and Stop Talking 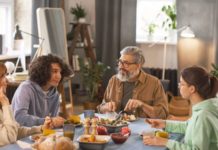