The New York Giants needed a spark after starting their 2019 campaign 0-2, and it came from their rookie quarterback, Daniel Jones.

On every social media platform and every sports talk show, people bashed the Giants’ decision to draft Jones with the 6th overall pick.

Kellerman, and many others, thought Jones could have been taken later in the draft and that the Giants should have drafted Ohio State quarterback, Dwayne Haskins, who was drafted by the Washington Redskins and is still learning on the bench as Case Keenum starts ahead of him.

Jones started Sunday afternoon for the Giants in desperation of a spark. He not only provided that spark, but he brought the power of lightning down upon Tampa Bay.

At a press conference on Wednesday, Jones said, “To all Giants fans, I will compete as hard as I possibly can.”

After running for a seven yard touchdown on fourth down to take a one point lead over the Tampa Bay Buccaneers, Jones showed he’s a man of his word and worthy of an NFL 6th overall draft pick.

The rookie played like a vet as he torched the Buccaneers’ defense for 336 yards and made two passing and two rushing TD’s without throwing any interceptions.

There are big shoes to fill when your franchise gives you the keys to the team after moving on from their two-time Super Bowl MVP quarterback, Eli Manning.

But even after being hit eleven times and sacked five, losing two fumbles and his star running back Saquon Barkley to injury, Jones gave a Manning-like performance and helped his team come back from an 18 point deficit, which no Giants quarterback has done in about 49 years.

Jones displayed every quality you want in a quarterback. He was decisive, accurate, elusive, tough and strong. While under pressure he was able to shake off Buccaneers linebacker Shaq Barrett, roll out to his left, square up his shoulders and hit Saquon Barkley in stride for a first down.

Buccaneers defensive end Carl Nassib gave pressure off the right side and Jones calmly slid to his left and hit rookie wide receiver Darius Slayton on a deep ball down the middle of the field.

Jones showed off his strength after he connected with Slayton again after Buccaneers defensive tackle Vita Vea hit his arm as he threw.

Jones’ athleticism changes how the Giants can play their offense. He scored his first touchdown on a run-pass option (RPO), which hasn’t been seen in a Giants offense in a very long time.

Jones’ ability to buy himself time can make the difference in converting a 3rd down and creating more opportunities for a Giants offense that had trouble staying on the field in the first two weeks.

A missed Buccaneers game-winning field goal was only fitting for the rookie’s first NFL win. In the locker room after the game, Jones was asked to give a speech after leading his team to victory.

On Monday’s episode of “First Take,” Max Kellerman apologized to Giants general manager Dave Gettleman for thinking he messed up with the draft. This goes to show why general managers make decisions for their football clubs and sports television personalities don’t.

Jones won’t have the luxury of having Saquon Barkley for the upcoming several weeks as he recovers from a high ankle sprain. The Giants will likely sign another running back while Barkley is out and for now Wayne Gallman will get the start. If the Giants plan on making a run for the playoffs, their fate will rest on Daniel Jones and, unfortunately, the defense, too.

The Giants’ defense was unyielding in the second half, only allowing three points, but they allowed the Buccaneers to score on their first six drives. Cornerbacks Deandre Baker and Janoris Jenkins have allowed the first and third most yards in the NFL.

Danny “Dimes” Jones can continue his impressive play, but if the team plans on winning more games, the defense is going to have to step up. 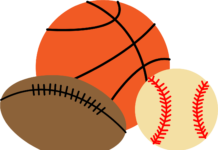 Garcia: Why I Love Professional Sports