While everyone was out for break, Rowan softball handled business during the Spring Games in Florida, winning eight out of 11 games and boosting its overall record to 10-6.

The team won six games in shutout fashion and found a steady dose of offense and defense, specifically pitching.

Junior pitchers Lauren Shannon and Jesse DeDomenico, along with sophomores Emily August and Kelly Duffy, allowed 19 runs through 71 innings of work, good enough for 2.7 runs allowed per game. The Brown and Gold scored an average of 4.3 per game.

“I think we’re, overall as a team, in a pretty good place,” Shannon, who went 3-2 during the trip said. “Those games really helped us show where we are and I think it helps with our confidence moving forward.”

With their 51 total runs scored during the trip, only two were courtesy of the long ball. Senior Carly Anderson had 15 hits, collecting at least one in all but a single game, improving her batting average to .412. Duffy had a season-high three hits against Endicott. Morgan Zane and Cassandra Gerard had 11 and 10 hits, respectively.

“Our goal is to win another NJAC and push for that,” Shannon said. “Overall, we’re pretty excited for that and the opportunity to just keep working and playing together.” 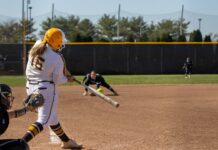 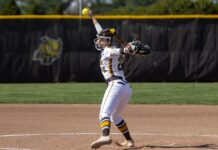 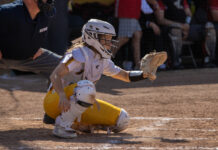