The Proftalk brought student speakers to the Owl’s Nest to discuss what being in the spotlight truly meant.

“[Proftalk] has been an idea for 3 or 4 years now,” Kuski said. “We’ve had the president of the university speak here as well.”

Kuski said OSLP has been doing less Proftalks each year to accommodate making them larger than previous years.

“Ever since I was little I wanted to be a teacher,” Gilbert said.

She was inspired by one of her teachers as a child, who reinforced the idea of finding one’s passion and sticking to it.

Gilbert’s speech, as well as the speeches from four other speakers, focused on not only being in the spotlight, but being successful within the spotlight as well.

“I hope to motivate students to do what they love,” Gilbert said.

Advertising professor David Cheatham gave an anecdotal story of the Lynchburg, Virginia Amazement Children’s Museum. The building was an old pharmacy and before that it sold poisons for pest removal. Rather than relocating, The Amazement Museum decided to embrace the building’s history. During the re-purposing of this historical preserved building, the words “Death to All Insects” were found written on the side of the building.

Cheatham would call it narrative as his speech focused around finding one’s own and sticking to it.

“Life is about choices, are you going to move past, embrace, or use that initial publicity and fade from consciousness,” Cheatham said.

Proftalks are open to all rowan students. Those wishing to speak can email OSLP@rowan.edu. 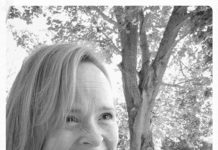 Green: Teacher in the Water and the Classroom 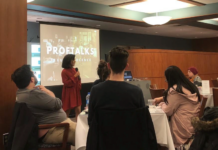 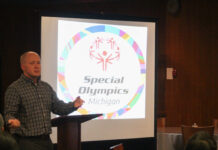