Agent Orange was a wise, planned political move by the U.S. starting in 1962 during the Vietnam War. It was used to eliminate forest coverage as well as crops that enemy South Vietnam could utilize.

In January of 1962, United States helicopters flew over South Vietnam and ended up spraying more than 20 gallons of numerous herbicides, including the deadly chemical Dioxin, onto its terrain.

From these types of chemicals like Dioxin, the health effects are not only a long list but extreme, too. Exposure to them can lead to: cancer, heart disease, Parkinson’s Disease, Hodgkin’s Disease, Non-Hodgkin’s Lymphoma and liver damage, among others.

The term Agent Orange gets its name from the orange stripe painted on the 55-gallon drums that the mixture of chemicals were stored in. It’s a code name for “Operation Ranch Hand,” which is defined as a herbicide-warfare program.

From 1962-1971, approximately 20 million gallons of herbicides were dropped down on South Vietnam and approximately 20,000 attacks were launched from 1961-1971. Roughly 4.5 million acres of land were destroyed.

On orders, United States pilots serving in the war were spread out throughout the terrain, to spray everything in sight. Roads, rivers, aqueducts, crop fields and farmland were all victims of the spraying of heavy chemicals that occurred.

Some United States’ troops compared Agent Orange to Smokey the Bear, joking that his new slogan should be: “Only you can prevent a forest,” instead of “only you can prevent forest fires.” Slogan posters with his picture on it were even made to continue the joke.

Many veterans returning home in the early ‘70s from the war noticed almost-immediate  effects of the chemicals sprayed during it. United States doctors and overall research tried to tally the approximate amount of veterans who suffered from it, but it became a serious issue nonetheless.

In 1979, over several years after the war ended, class action lawsuits started to pile up versus numerous chemical companies. Almost 2.5 million Americans who claimed to be victims of Agent Orange wanted compensation. Half-a-decade later, they got their wish.

Settling out of court, against the plaintiff veterans [or a veteran’s next-of-kin], seven different chemical companies paid a total of [a whopping] $180 million dollars in damages.

Not only can anything during warfare be dangerous but everything in life has a consequence; whether good or bad.

Writer’s note: thank you to Joe Viscuglia for the inspiration. 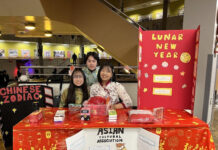 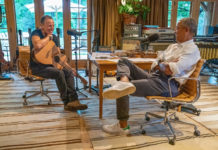 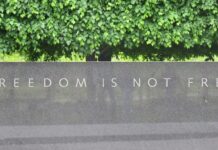 Lutz: The Vietnam War and its protests, 50 years later