The basement ceiling was low with exposed pipes. Colorful laser lighting danced around the perimeter, highlighting a corner where a makeshift platform had been erected, cluttered with electrical wiring and amplifiers.

With a chunky guitar riff, the lead singer of Baron Praxis, a 90s style grunge rock band from Toms River, began a slow, melodic tune off their most recent album “Satanic Panic;” the small, crowded space reverberated with bass.

The third and most recent of the club’s live music event of the semester had officially kicked off.

For a five dollar cover fee, anyone who texted the correct number to become privy to the correct address was welcome to a night of live music loosely following a psychedelic theme, including performances by artists such as Baby Seals, Nematode and Sugar Trip. This was not Rowan Alt’s first live music event—the group hosted three last semester—but it did mark a milestone in the club’s first year of charter.

What began last year as an informal Facebook page for Rowan students with similar music tastes soon turned into a meetup to discuss their shared interests; they then decided to charter an official SGA club. Among the founding members was sophomore music business major Lily Stabile, who now serves as the club’s president.

“Last year there were literally seven of us who were maybe consistent with the club and a lot of those kids were graduating,” Stabile said of the club’s origins. “We started petitioning, and started on deciding what our actual club goals were.”

According to junior finance major and treasurer of the club Matt Kyle, one of the most important parts of founding such a club was fostering a strong sense of community at Rowan, where many students felt that a thriving music-based community was absent.

“The main goal of the club when it was created was to establish a music scene on campus,” Kyle said. “And I think we did a pretty good job of doing that.”

To the members of the club, the turnout of the event and its occurrence at all is a testament to the strides made in a relatively short amount of time. 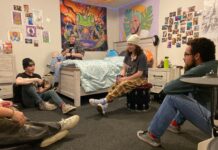 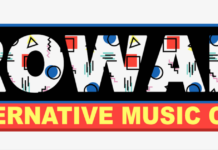 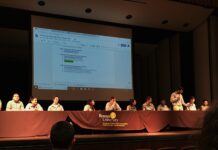